Skip to content
Choose an authentic life that fits you, not a poorly fitting imitation of someone else’s.

It is perfectly acceptable to be proud of your progress on the way to your goal. You can enjoy your journey before you reach your destination. And you can be grateful your life as it is, plot twists and all. 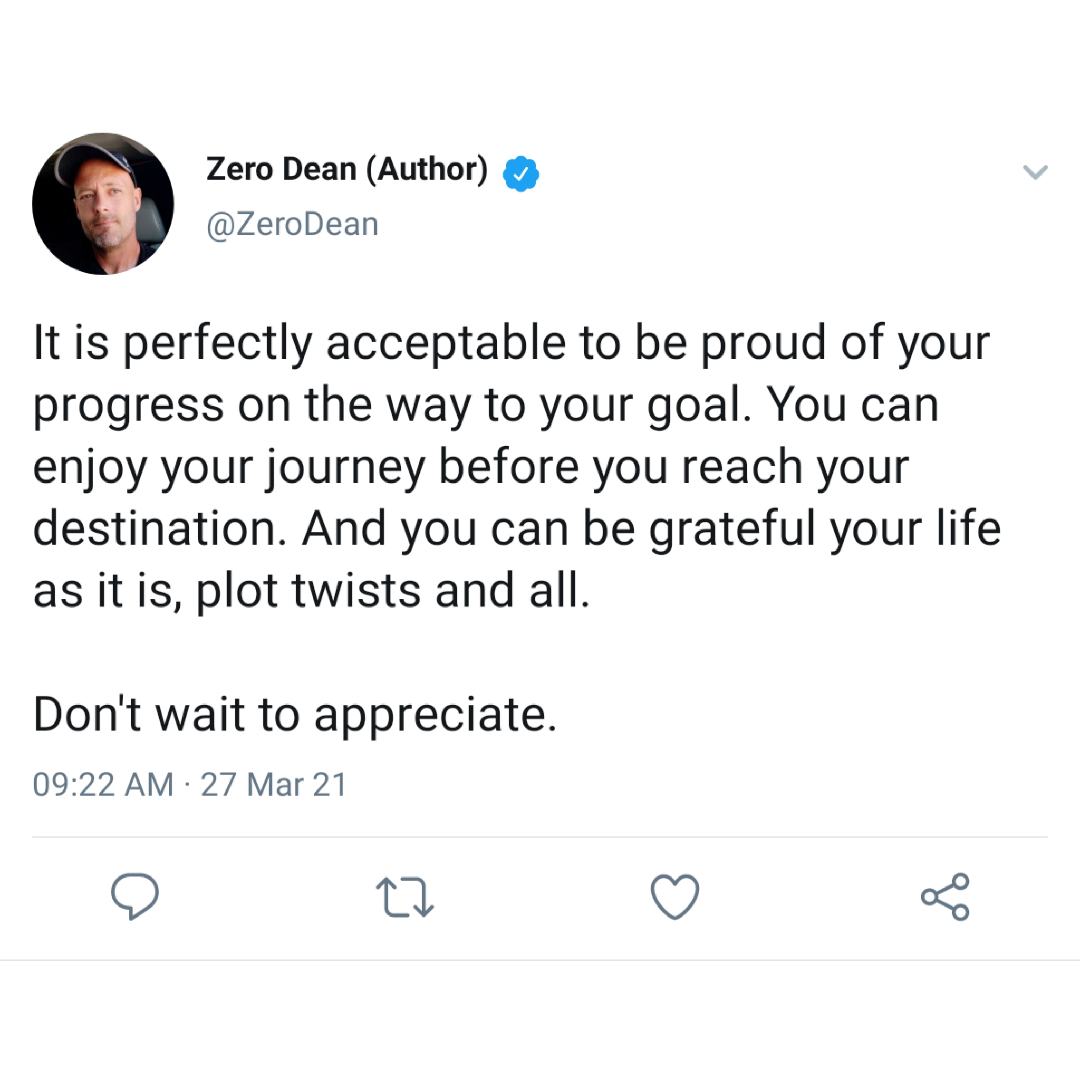 Appreciate every day as it happens.

You never know what tomorrow will bring. 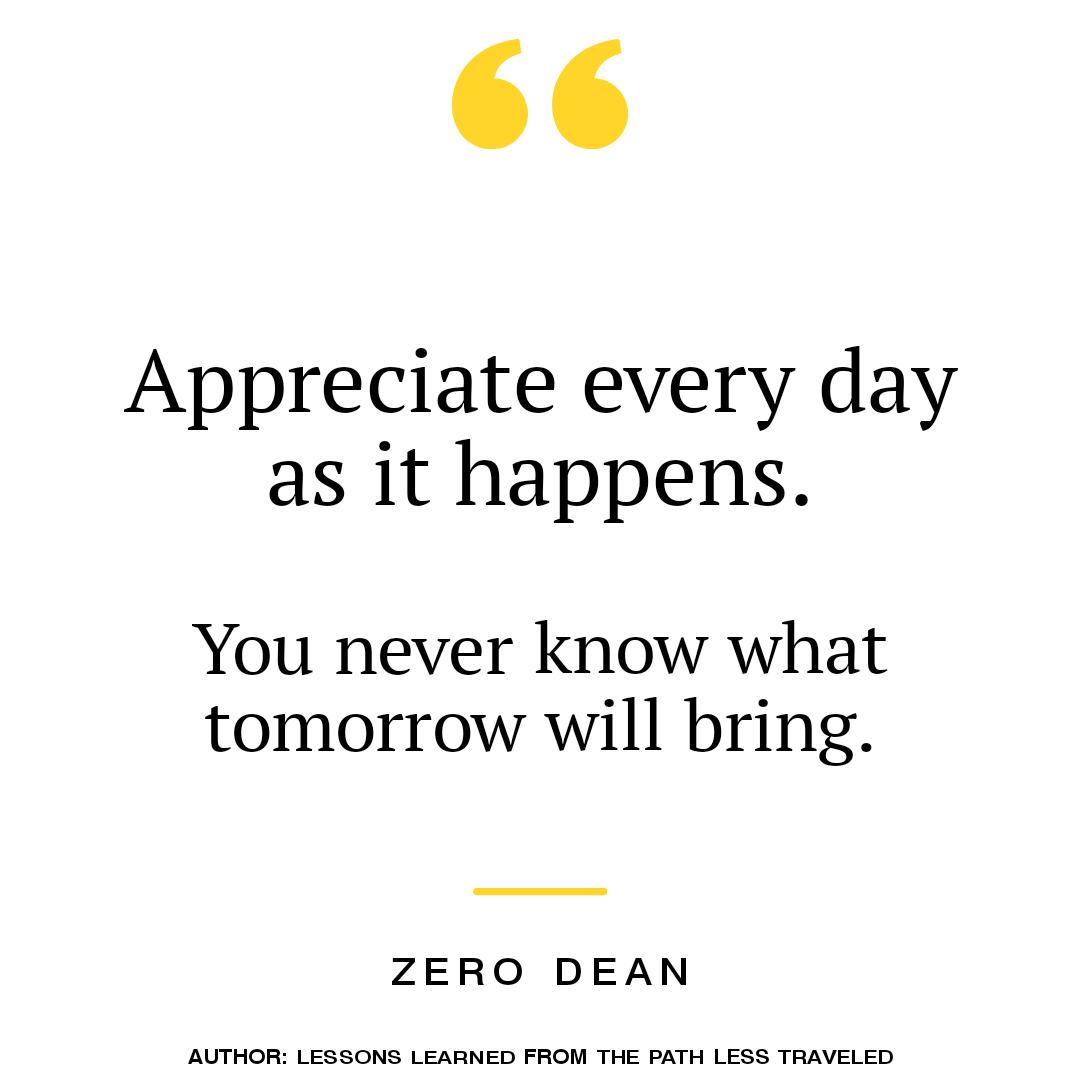 Destinations provide direction, but it’s the journey that’s the reward.

As it is in travel, so it is also in life.

Don’t get so caught up in trying to get somewhere that you fail to see the magic in the moments along the way. 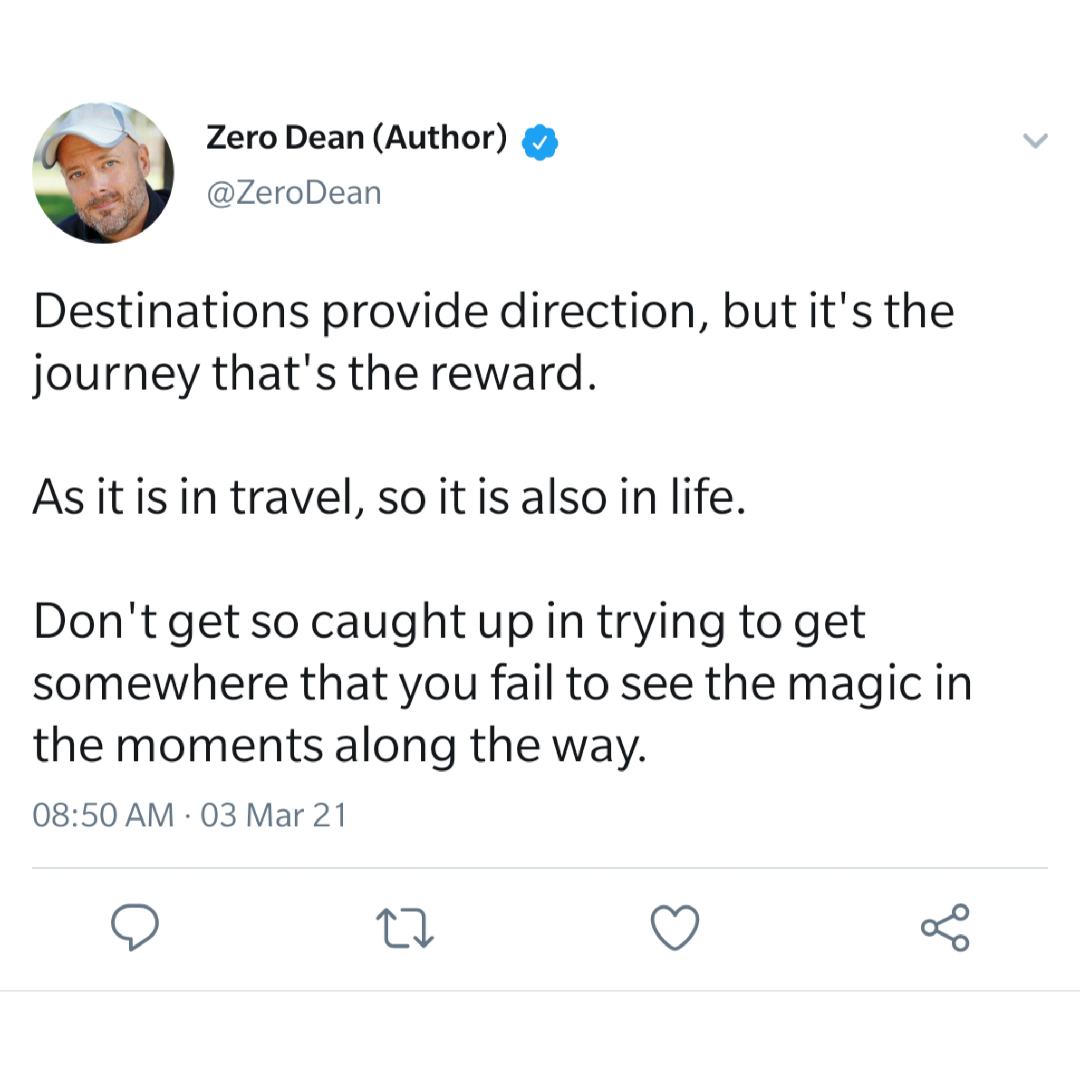 It’s frequently far more valuable to consider where you want things to go — and the problems you want to solve — than it is trying to prove who’s right and who’s wrong. 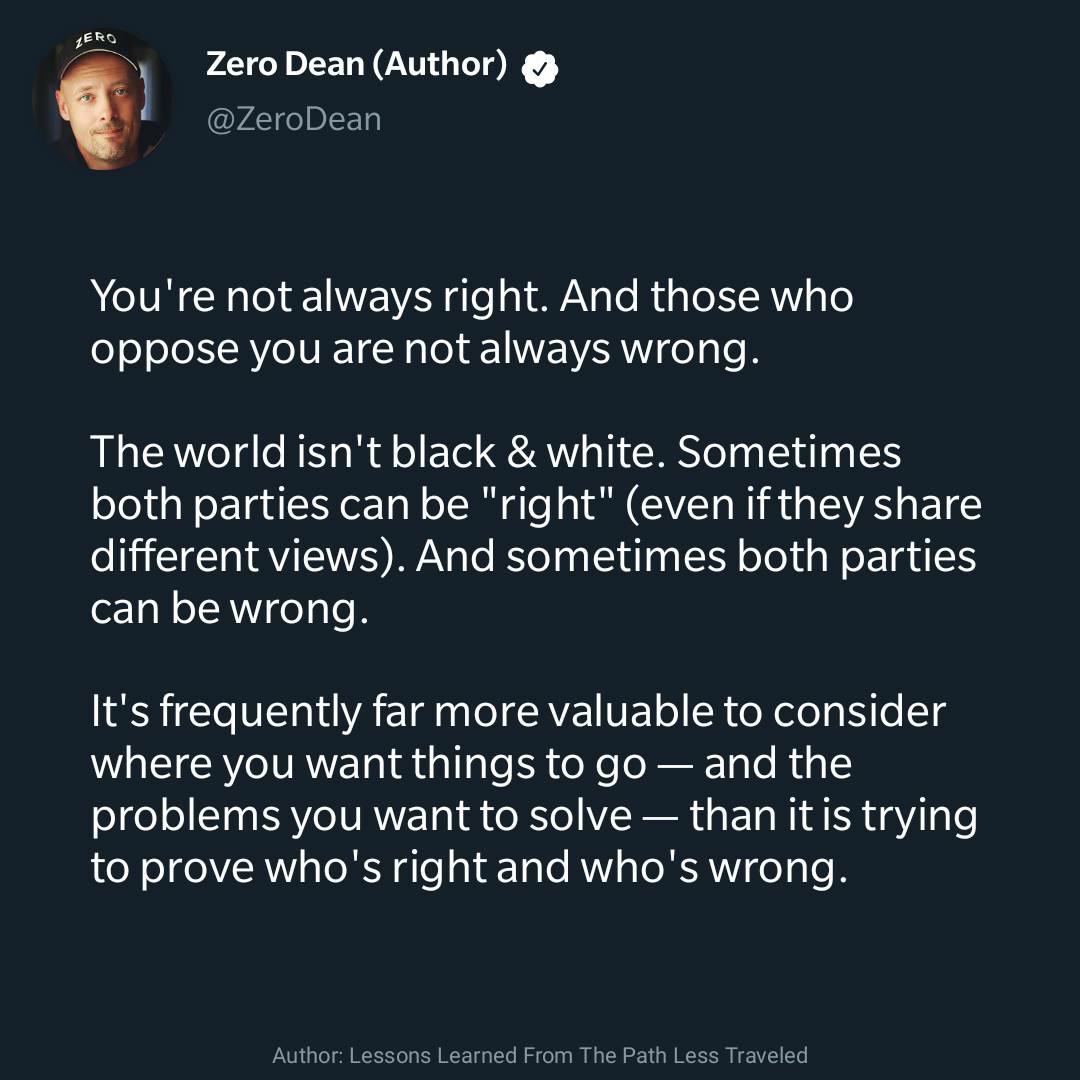 So many things in life come and go in waves. Knowing this can be particularly useful when dealing with difficult times. By recognizing that, in many cases, all you need to do is ride out a challenging time before things will begin to get better can make it easier to bear. 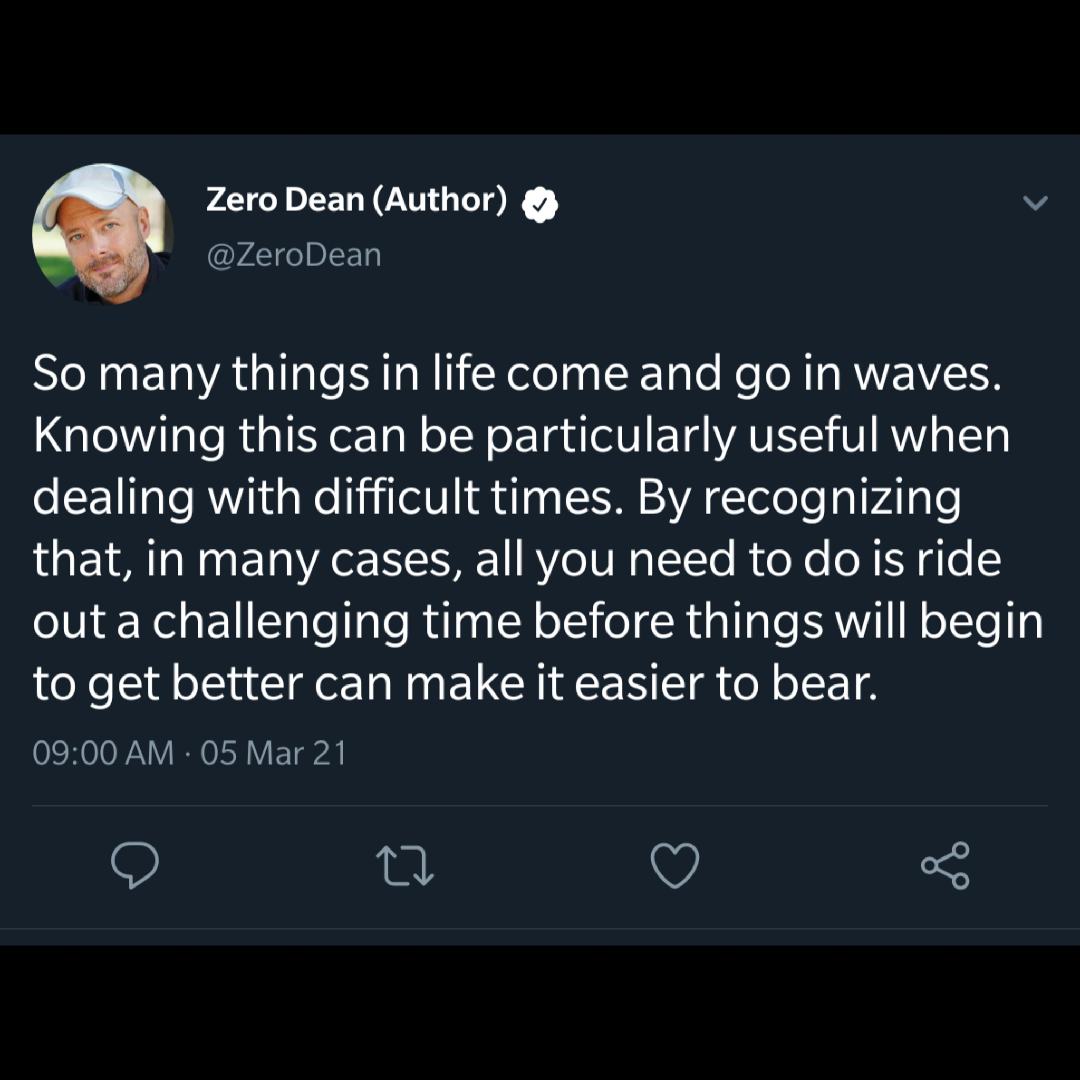 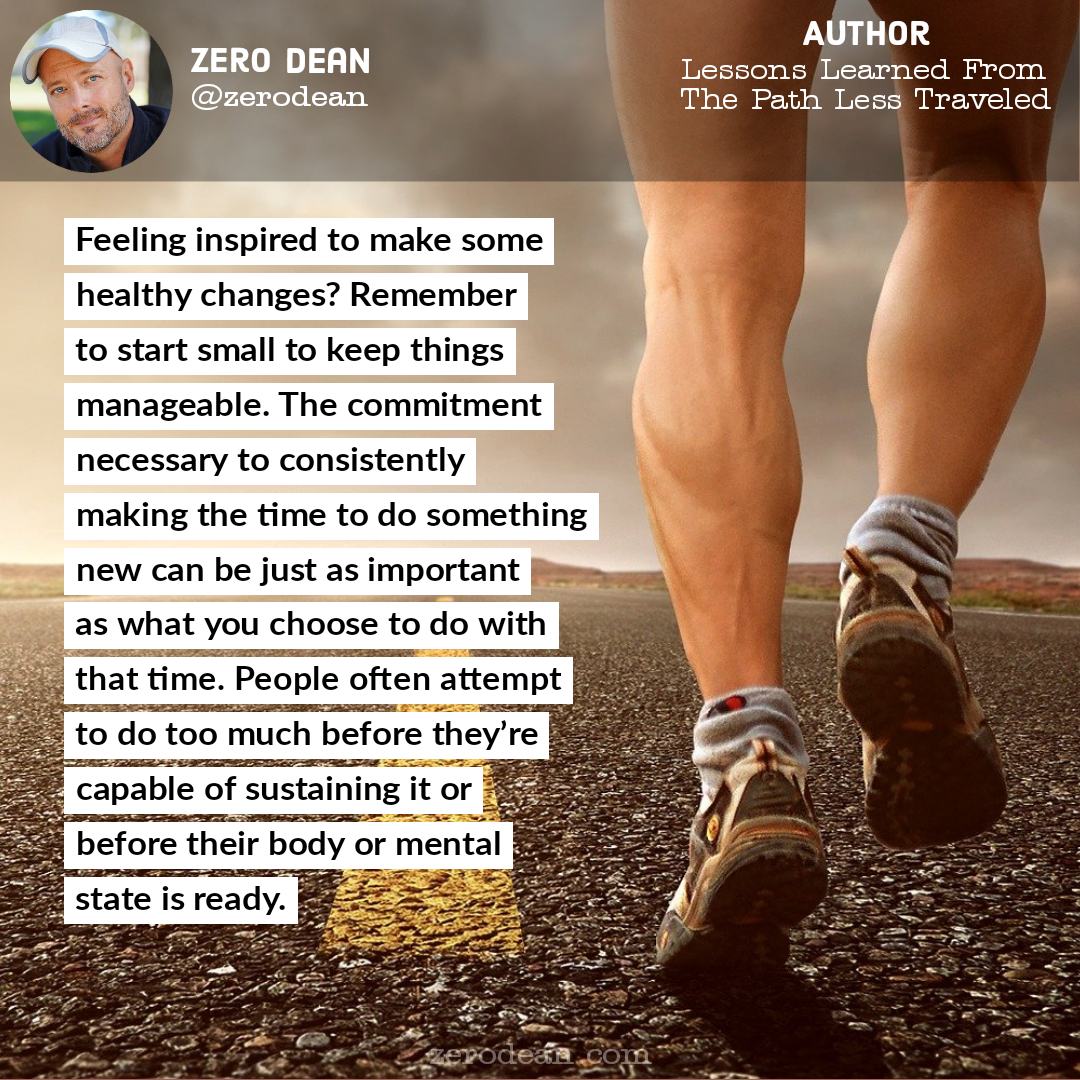 Remember to start small to keep things manageable. The commitment necessary to consistently making the time to do something new can be just as important as what you choose to do with that time.

People often attempt to do too much before they’re capable of sustaining it or before their body or mental state is ready.

If it’s been a while since you’ve done something physical, it’s likely that doing far less of that activity than you can physically do will leave you sorer than you imagine.

Too many people make the mistake of testing their physical limits on day one of their new workout routine and then put themselves out of commission for several days because they’re too sore to continue. If you don’t want to immediately set yourself back, consider doing less than you feel capable of and then ramping up based on how you feel the next day.

It’s also important to keep in mind that a large part of physical health is dependent on a person’s diet.
And while it’s important to consider both physical and dietary changes, the same concept applies — attempting to do too much, too soon can be unsustainable.

Keep this in mind as you move forward with your intentions to make life-altering changes.

And when it comes to your mental and physical health, be sure to consult a paid professional when necessary. 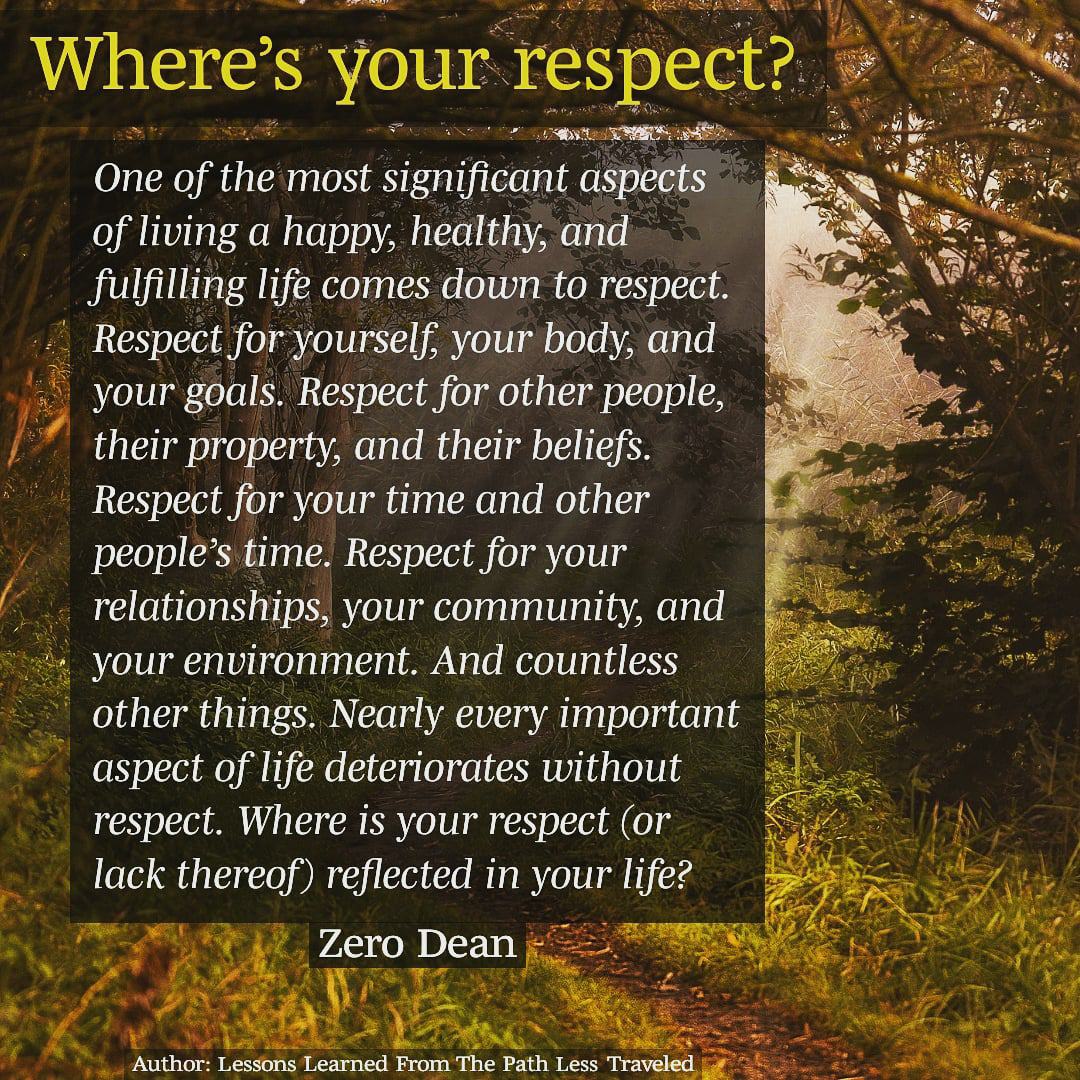 One of the most significant aspects of living a happy, healthy, and fulfilling life comes down to respect.

Nearly every important aspect of life deteriorates without respect.

Where is your respect (or lack thereof) reflected in your life? 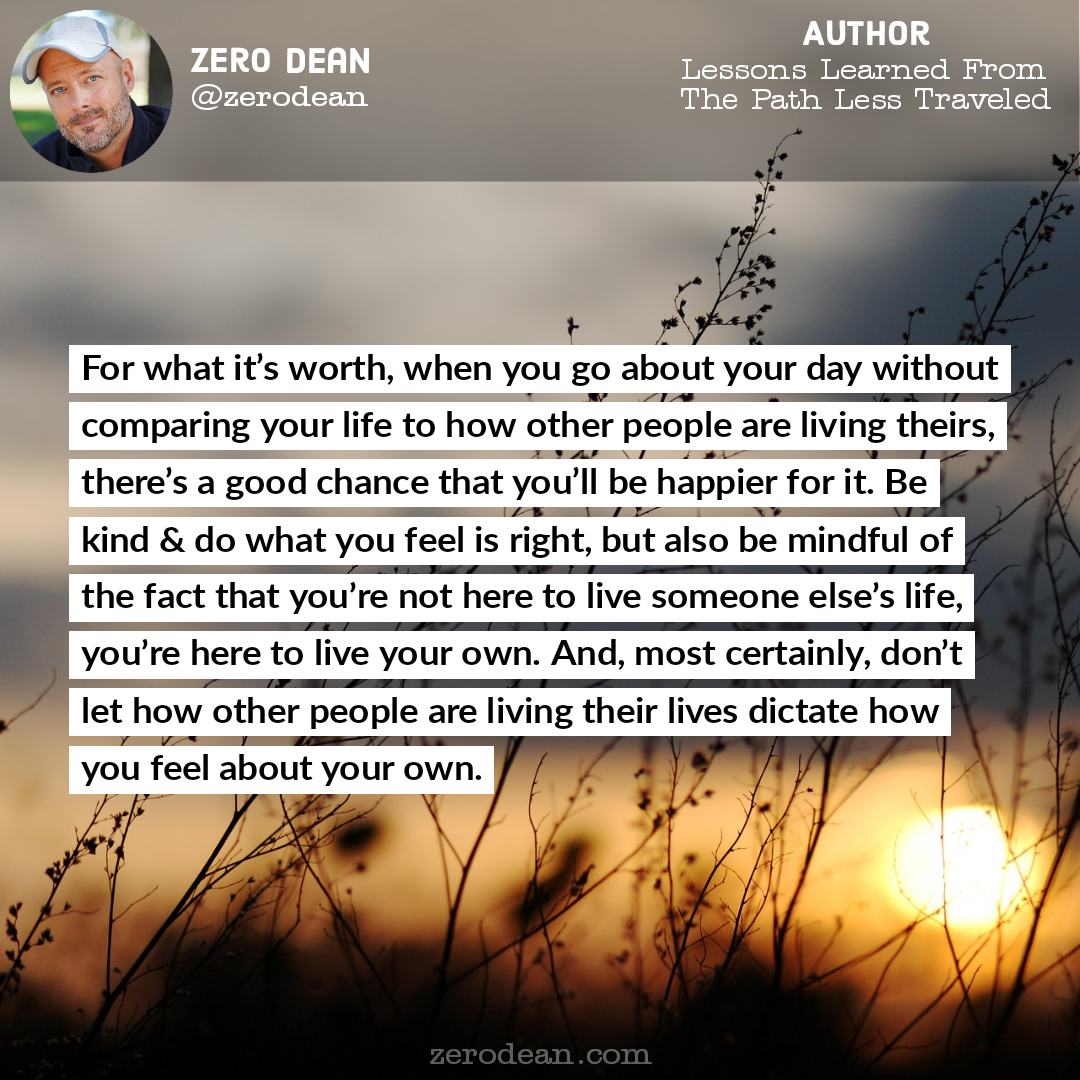 For what it’s worth, when you go about your day without comparing your life to how other people are living theirs, there’s a good chance that you’ll be happier for it.

Be kind & do what you feel is right, but also be mindful of the fact that you’re not here to live someone else’s life, you’re here to live your own.

And, most certainly, don’t let how other people are living their lives dictate how you feel about your own. 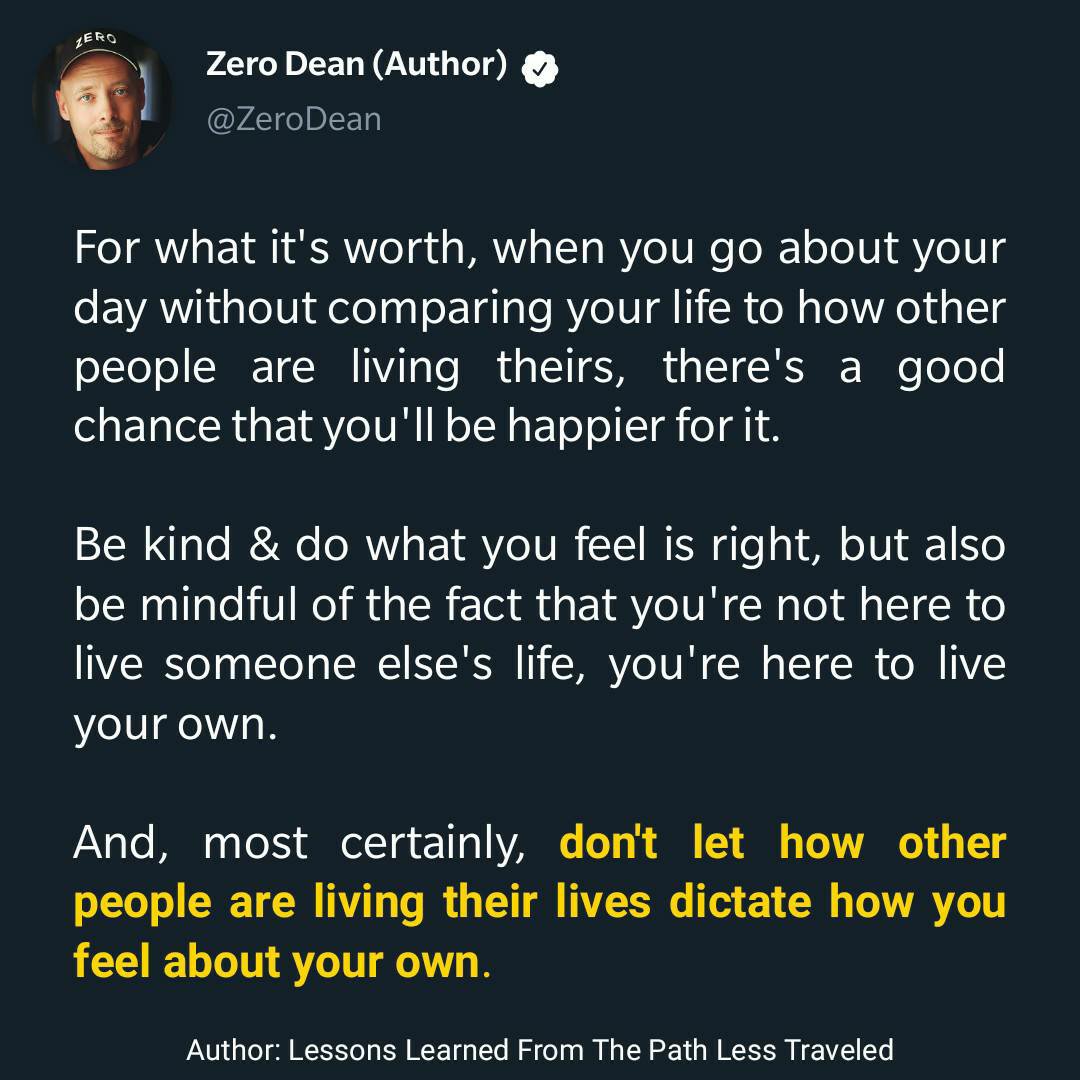 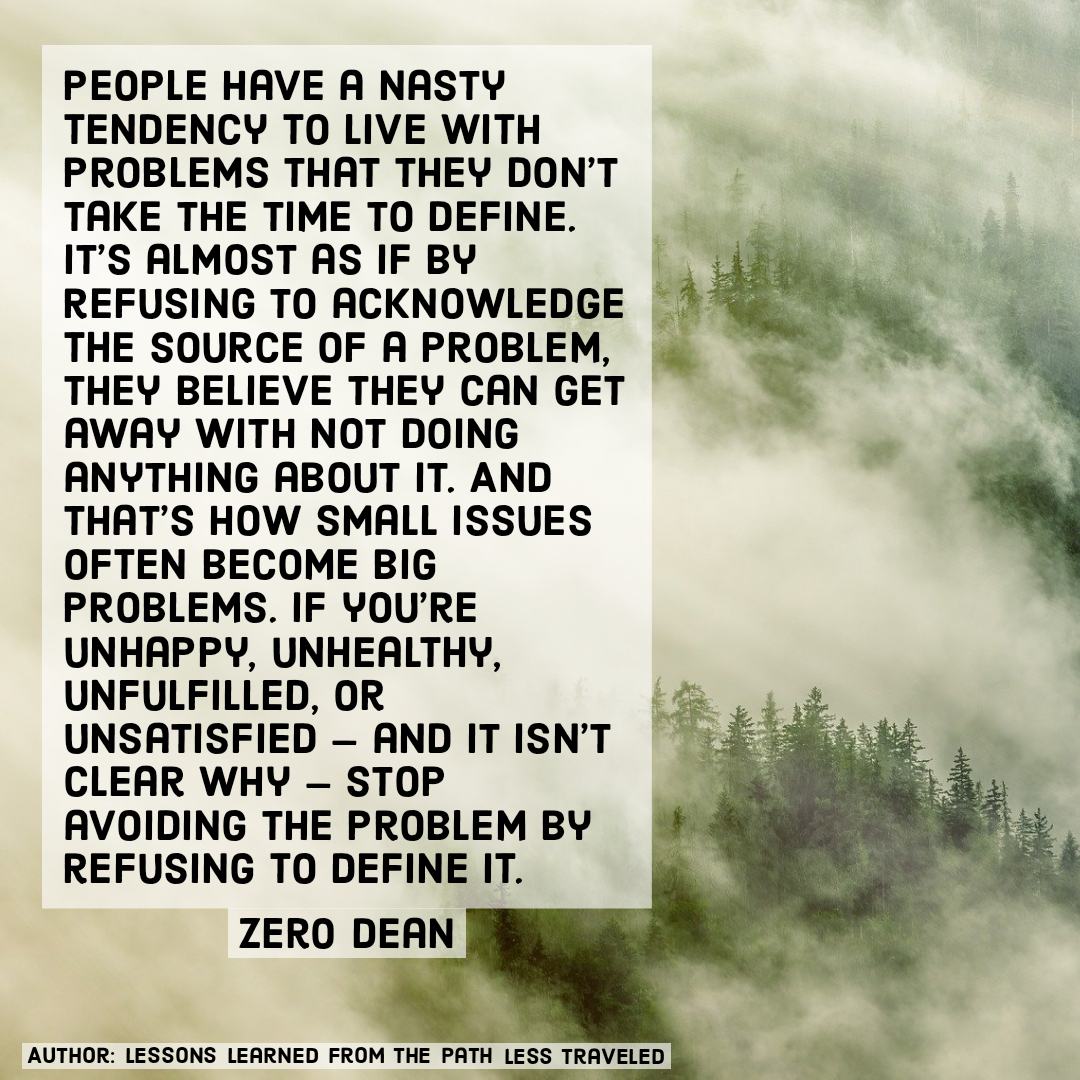 People have a nasty tendency to live with problems that they don’t take the time to define. It’s almost as if by refusing to acknowledge the source of a problem, they believe they can get away with not doing anything about it. And that’s how small issues often become big problems.

If you’re unhappy, unhealthy, unfulfilled, or unsatisfied — and it isn’t clear why — stop avoiding the problem by refusing to define it. 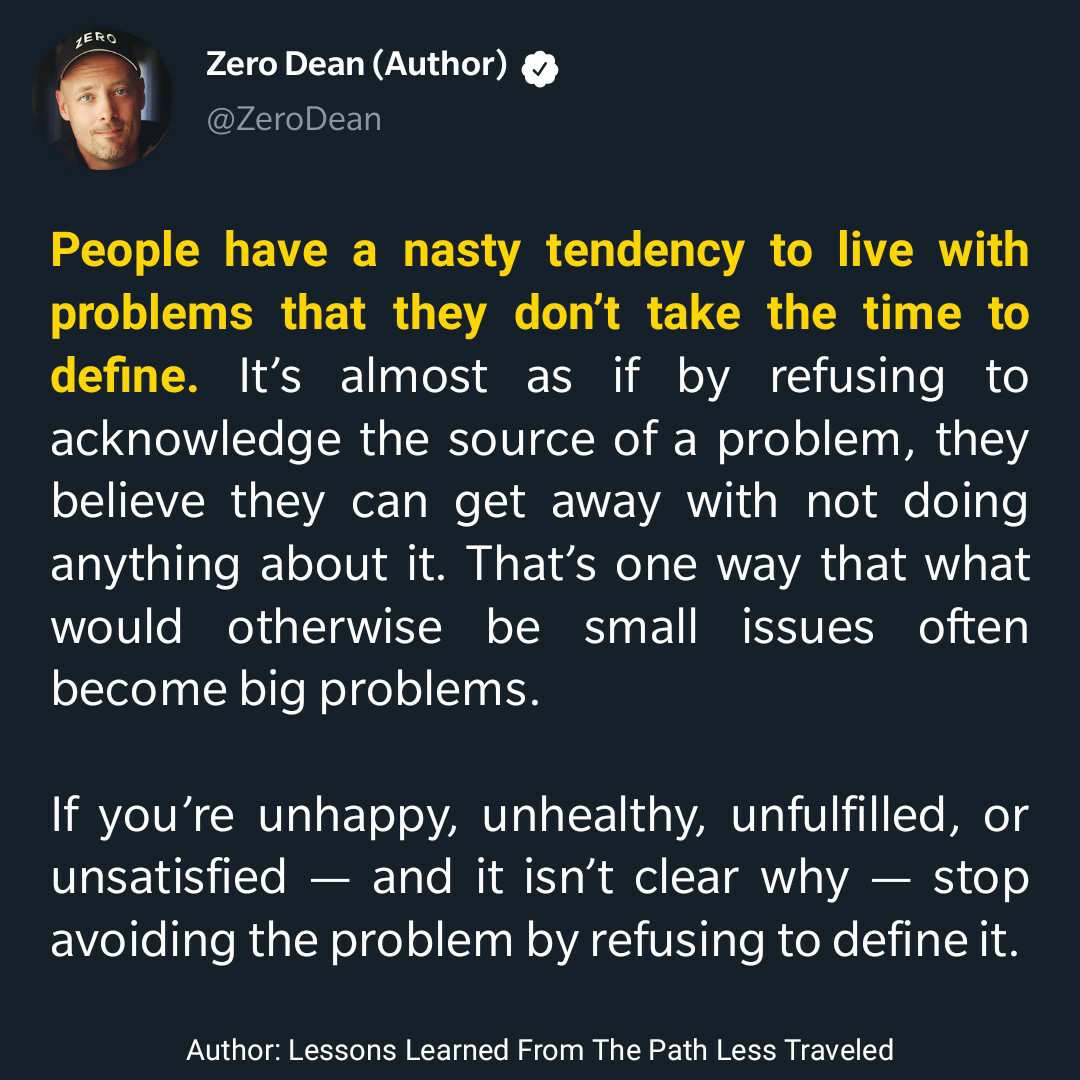 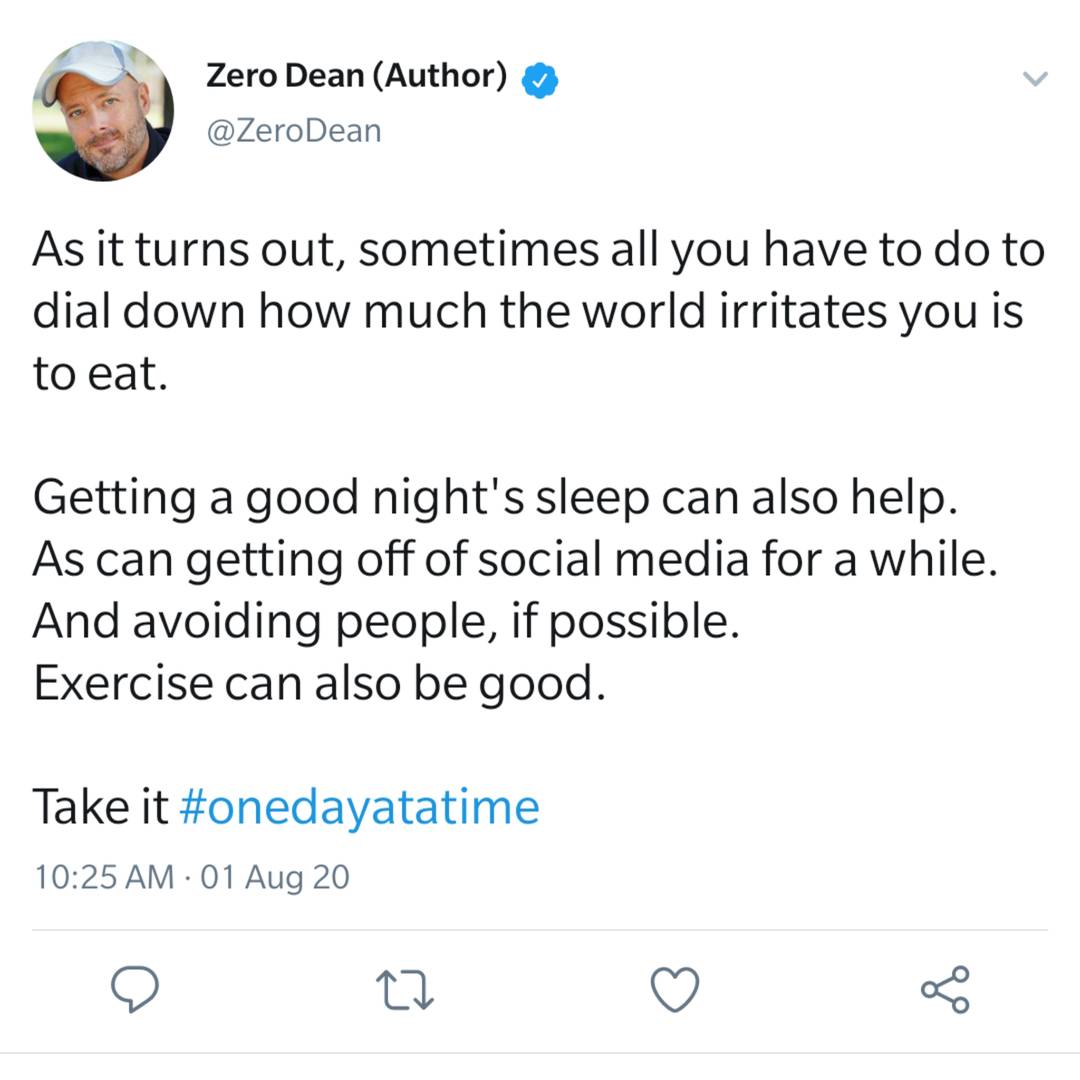 As it turns out, sometimes all you have to do to dial down how much the world irritates you is to eat.

Getting a good night’s sleep can also help.
As can getting off of social media for a while.
And avoiding people, if possible.
Exercise can also be good.

Take it one day at a time.