Over the years, I’ve received many requests to follow people on social media — or to like their content in exchange for a return of their “favor” of liking my content or following me — and I eventually started saying no.

And this is always awkward because people’s first thought is that I am rejecting them — when, in actuality, I am doing them (and myself) a favor by keeping the motivation for liking content or following others authentic.

So, while I’m happy to help people in whatever meaningful ways that I can, I don’t exchange or negotiate social media favors or arrangements because it leads to inauthentic behavior & expectations.

Once people make arrangements to trade social media favors, they become a slave to the social media machine where actions are no longer motivated by a genuine interest in other people or what they offer, but instead become motivated by a feeling of obligation or expectation or what a person wants in return.

I’ve followed people not because I liked them (I likely didn’t know them) or what they had to offer, but because I hoped that by following them, they would follow me back. And I’ve liked other people’s posts with the hope they would like mine back. And it works. A percentage of people will return the “favor”.

But is it really a favor when the positive engagement you think you’re getting for what you post isn’t done out of a genuine appreciation for it? No.

The best followers you will ever gain are those who have a genuine interest in you and what you offer and not those who simply follow you out of a feeling of obligation or reciprocation. 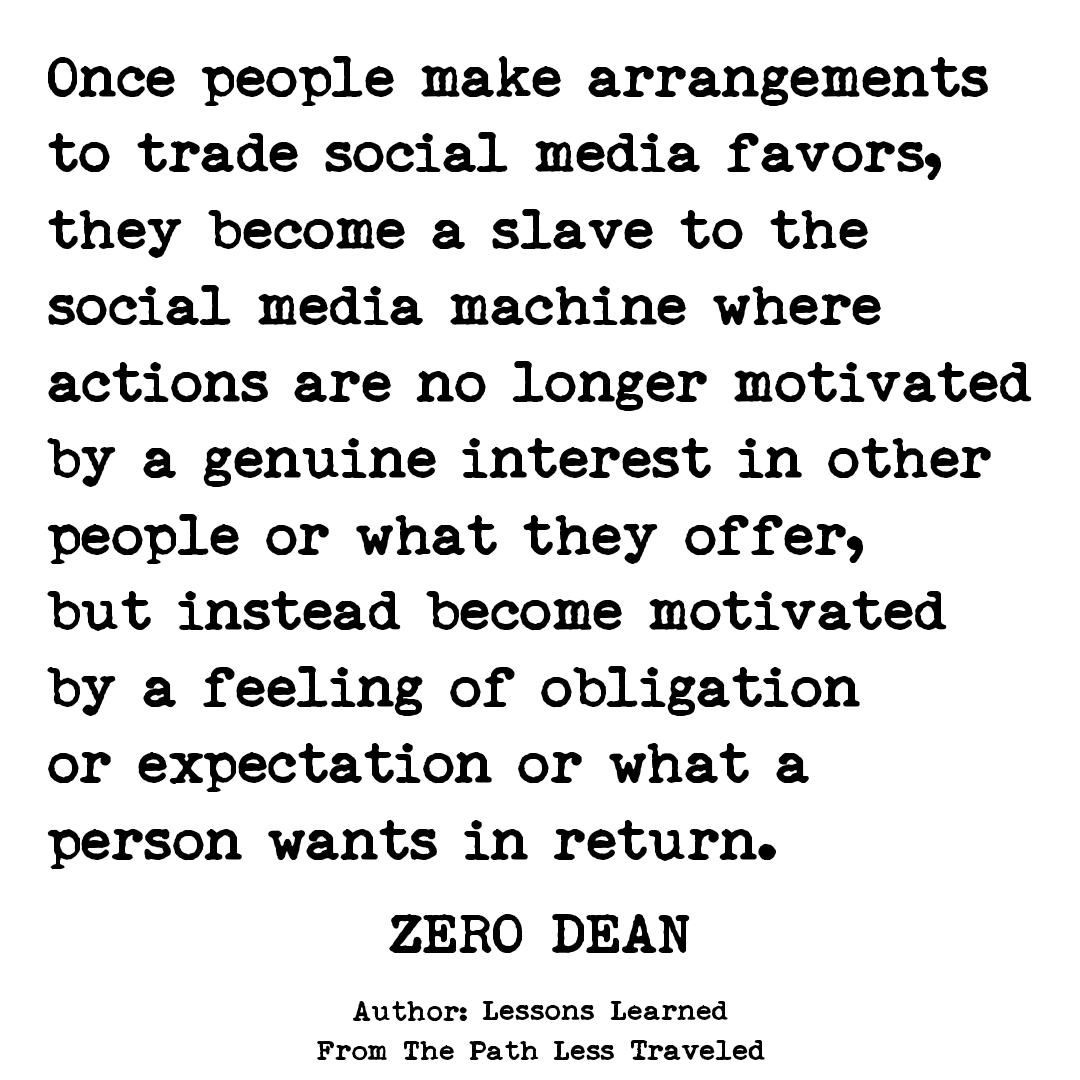