Skip to content
It is a strange phenomenon when people put more effort into keeping their possessions in good condition than they do their own bodies.

PrevPreviousYour life is a puzzle without edges.
NextDwell on the positive moments in your lifeNext

There is a huge difference between being ignored and simply going unheard or unnoticed.

This applies to real life communication, but is especially applicable to social media.

Unless you have an audience of considerable numbers that is eagerly waiting to read whatever it is you have to say, it is not a question of if one of your social offerings will go unnoticed, but when.

And when it does happen, it’s important to realize that the lack of response is not at all an accurate reflection of what your audience thinks. Because if they didn’t see it, they can’t have an opinion about it.

There may also be times that your social offering simply isn’t best suited for the people who actually see it. This matters less when you have a huge audience, because the chances are good that at least some sampling of the people who follow you will see and like what you have to offer.

But if you are dealing with a smaller following, not having your post or comment connect with the first wave of people who “see” it can greatly reduce any chance it has of “getting out of the gate”

The reason for this is because of how social media posts are typically distributed. Popular (more interactive) posts get more popular. The more something is liked, shared, or commented on, the more it gets distributed — which results in more people seeing it, liking it, or commenting on it.

But there will be times when your post or comment, as great as it is, never gets out of the gate because it didn’t connect with the few people who first saw it.

And that’s normal. So if you’ve ever posted something and thought you were being ignored, it’s more likely you were going unnoticed.

And the vast majority of times this happens in real-life social situations, it is also not because people are actively ignoring you. It is again, simply because whatever you have said, done, or offered has gone unnoticed.

And if this happens to you often, this would be a good time to watch How to speak so that people want to listen. 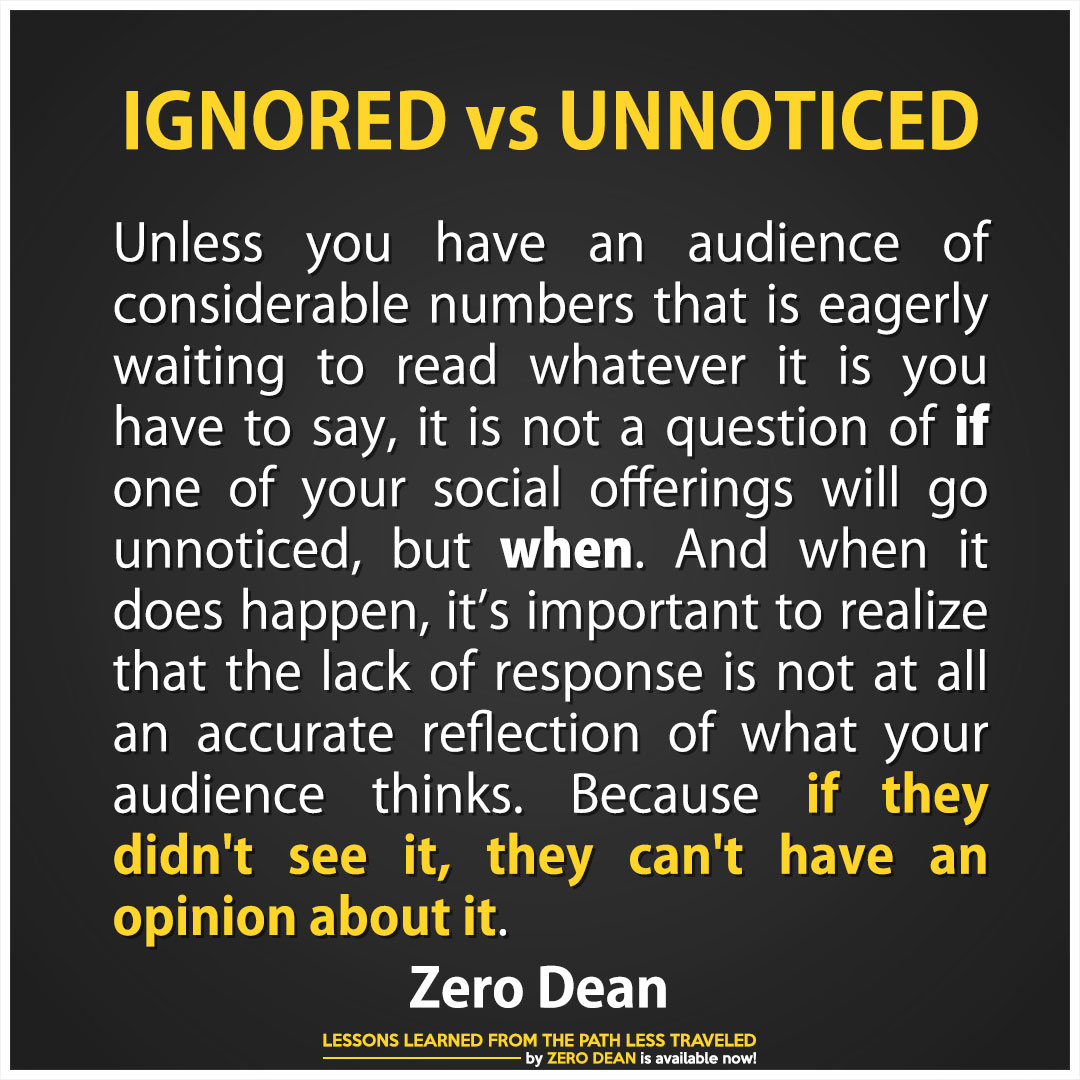 PrevPreviousYour life is a puzzle without edges.
NextDwell on the positive moments in your lifeNext