Fear of self-expression is a form of self-imposed slavery 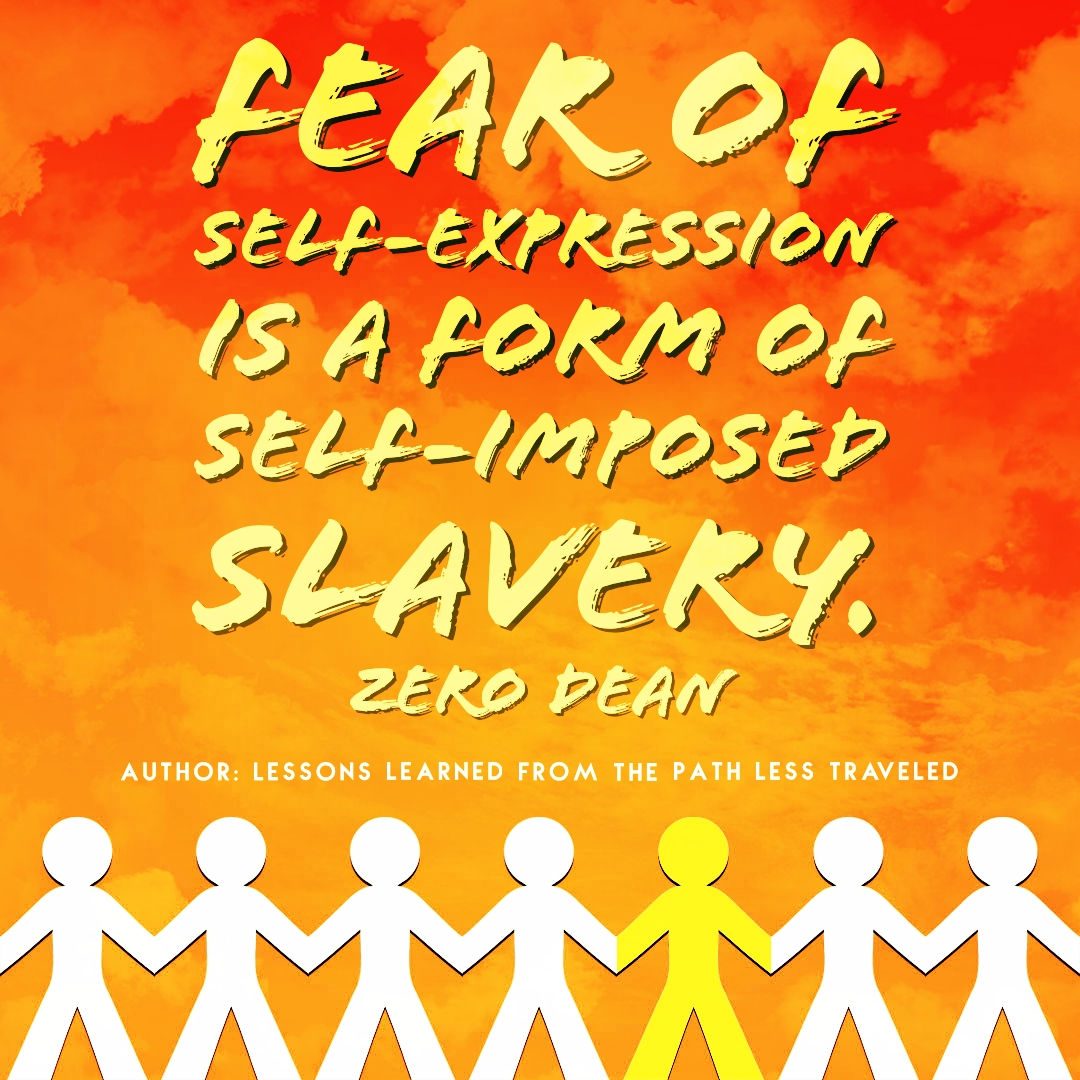 If you do the best you can to be a decent human being, show tolerance and kindness to others — and still live in fear of what people think of you, your possessions, your opinions, or your beliefs, and then alter your behavior to be “approved” by as many people as possible, that isn’t freedom, it’s a form of self-imposed slavery.

You become a slave to the idea that what other people might think is more important that exercising your ability to express your true self.

Have you ever avoided something as simple as clicking a “like” button or commenting on a post on social media because you were afraid of what people would think if they saw it? If so, then you’re doing it.

If your relationships are so fragile that something like a single like, share, or comment could end them (or cause an unfollow or other equivalent), then perhaps those are not the kind of relationships that are really adding any kind of value to your life.

And perhaps it’s time to ask yourself what the point of “collecting people” in your life is, if the sorts of people you’ve collected will judge you “unworthy” of their friendship and leave you the moment you truly express yourself.

This is an issue that goes far beyond how people act on social media, it’s a real-life problem as well.

Changing who you are to be liked by people may result in more people “liking” you, but it also means that those who “like” you are liking someone who is pretending to be someone or something they’re not.

In the end, this really makes no sense. Life is not a popularity contest. It’s not about collecting as many “friends” as possible. And no matter what you do, not everyone is going to like or agree with you anyway. That’s life.

Do you respect people who water themselves down, live in fear of being disliked, or pretend to be someone they’re not in order to gain favor? If not, then how can you expect to respect yourself if you do the same things?

“When you are brave enough to be yourself, you give others permission to do the same.”

Be your genuine self and you will find that those who stick around in your life are those who appreciate and respect you for who you truly are. They may not agree with everything you say, do, or believe, but they are far more likely to forgive you for your mistakes or lapses in judgement and stick by you not only during the high times in your life, but also the lows.

And you can live knowing that you’re not being judged by those who matter to you — and if you are, you still don’t live in fear of it, because it’s not your problem. When people judge you, it says more about them than it says about you.

And, in the off chance you suck as a human being and few people like you, then that’s perhaps a sign you have some things to work on to be a better person in an authentic way — and not someone who simply pretends to be one.

“To be yourself in a world that is constantly trying to make you something else is the greatest accomplishment.” — Ralph Waldo Emerson

As far I’m concerned, if you’re tolerant and open-minded, I like having you in my life, regardless of your beliefs or some opinions you have that I don’t agree with (and vice-versa). Because ultimately, we help each other grow.

I’ve said it before, you don’t have to agree on everything to get along. And some of the best relationships are formed by people who don’t. 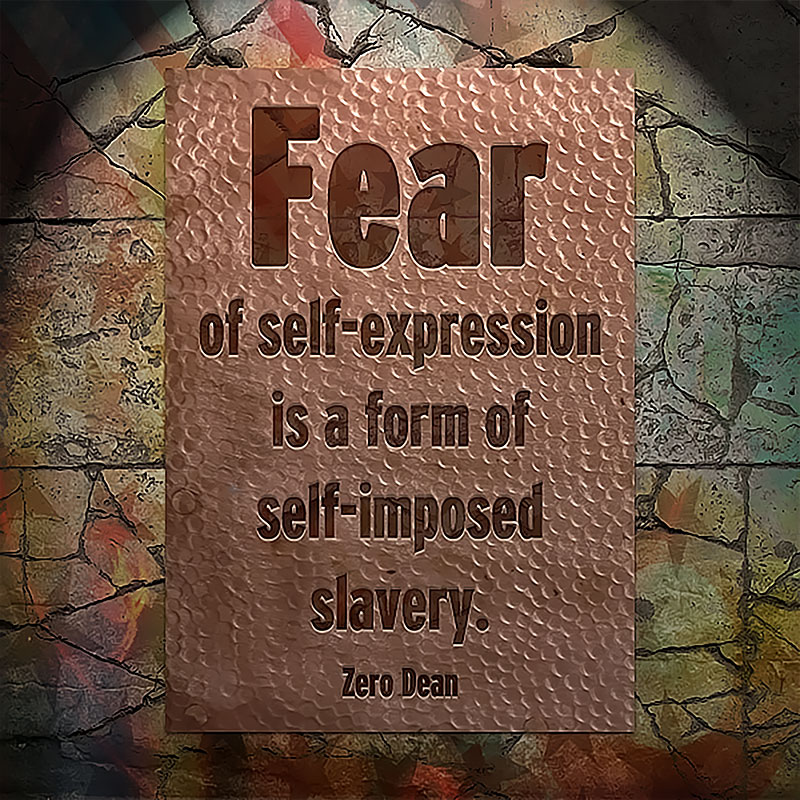 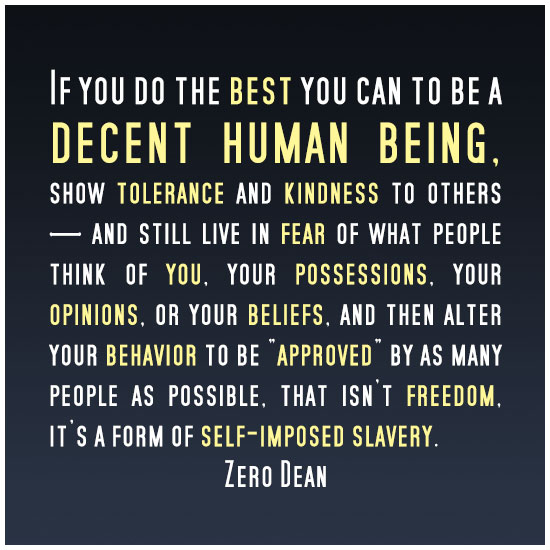