Skip to content
It isn’t wise to reject gifts just because you don’t like how they’re wrapped. 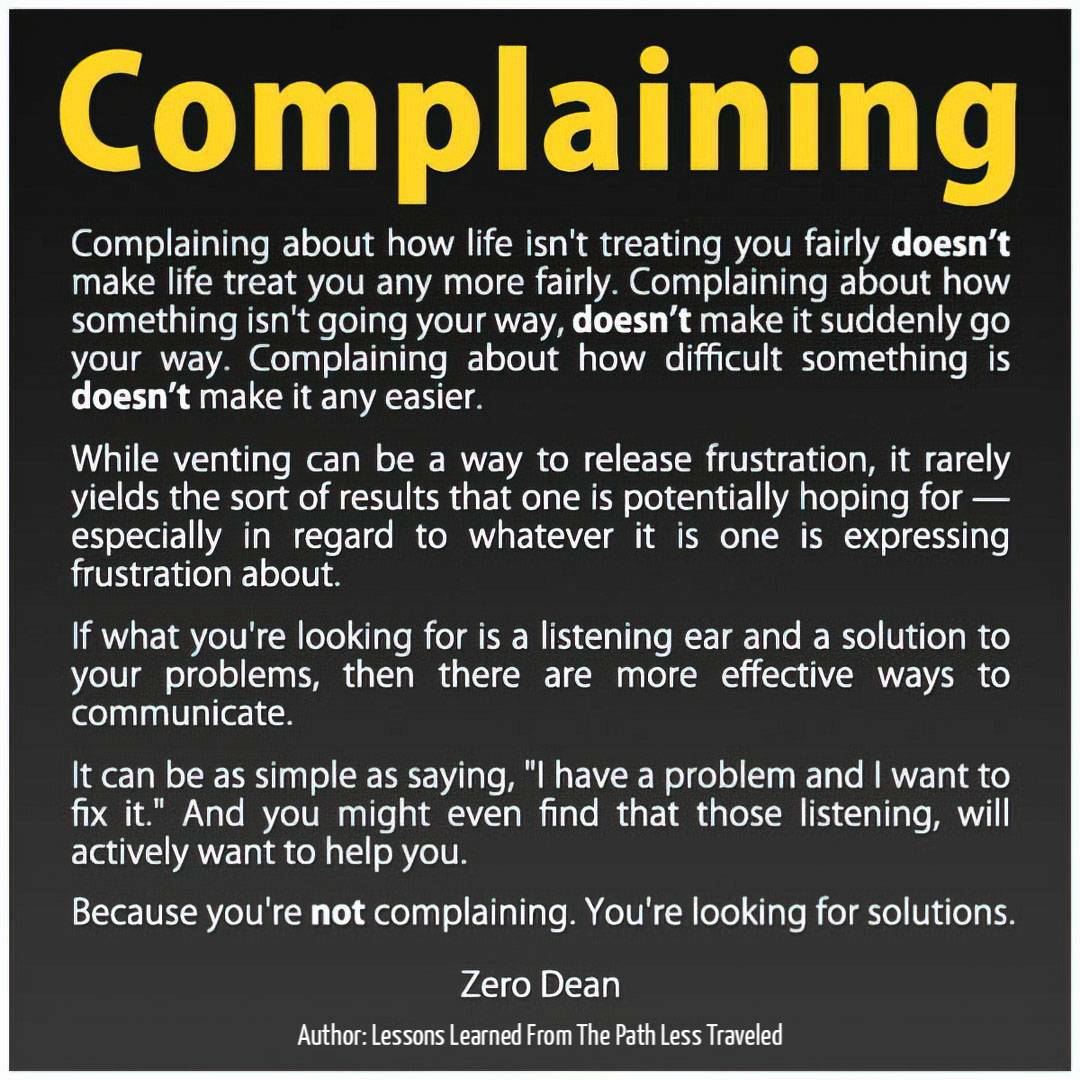 Complaining about how life isn’t treating you fairly doesn’t make life treat you any more fairly.

Complaining about how something isn’t going your way, doesn’t make it suddenly go your way.

Complaining about how difficult something is doesn’t make it any easier.

While venting can be a way to release frustration, it rarely yields the sort of results that one is potentially hoping for — especially in regard to whatever it is one is expressing frustration about.

If what you’re looking for is a listening ear and a solution to your problems, then there are more effective ways to communicate.

It can be as simple as saying, “I have a problem and I want to fix it.”

And you might even find that those listening, will actively want to help you.

Because you’re not complaining. You’re looking for solutions.

Zero: Sure. Venting can release frustration. But so can simply talking to someone about how you want to solve a problem.

And research indicates the same:

“Angry? You could call a friend and vent. You could punch a pillow or break a plate. Or you could even record a rant on a website like RantRampage.com. Unfortunately, you may be doing more harm than good; research has found that venting actually makes your anger worse.” — Fast Company (Article)

Most people don’t like to listen to people vent or complain. But they are much more open to listening when it’s clear someone is working on solving a problem.

As I say, “there are more effective ways to communicate.”

I think it’s often not the actual act of complaining/venting that makes one feel better — it’s the thought that there will be a resolution because one has moved beyond complaining to the point of working on a solution.

Either with a decision that one is either going to accept the state of things or actually take action and change them.

Ultimately, I think it comes down to one deciding to finally accept something or take action to change it.

Although I think the manner in which to take action is the hard part (although I suppose acceptance can be difficult, too).