Skip to content
While you are still waiting to find an easy way (or a perfect time), someone else is already getting results because they decided making progress is more important than making excuses.

And if a particular state of one’s mind is dependent on the availability of things it doesn’t always have control over, it can be difficult to attain the state of mind associated with those things when they’re unavailable.

This is why it’s important to learn how to develop the mental discipline necessary to be one’s own source of motivation. When one is able to motivate themselves, they light a kind of fire that can burn indefinitely. 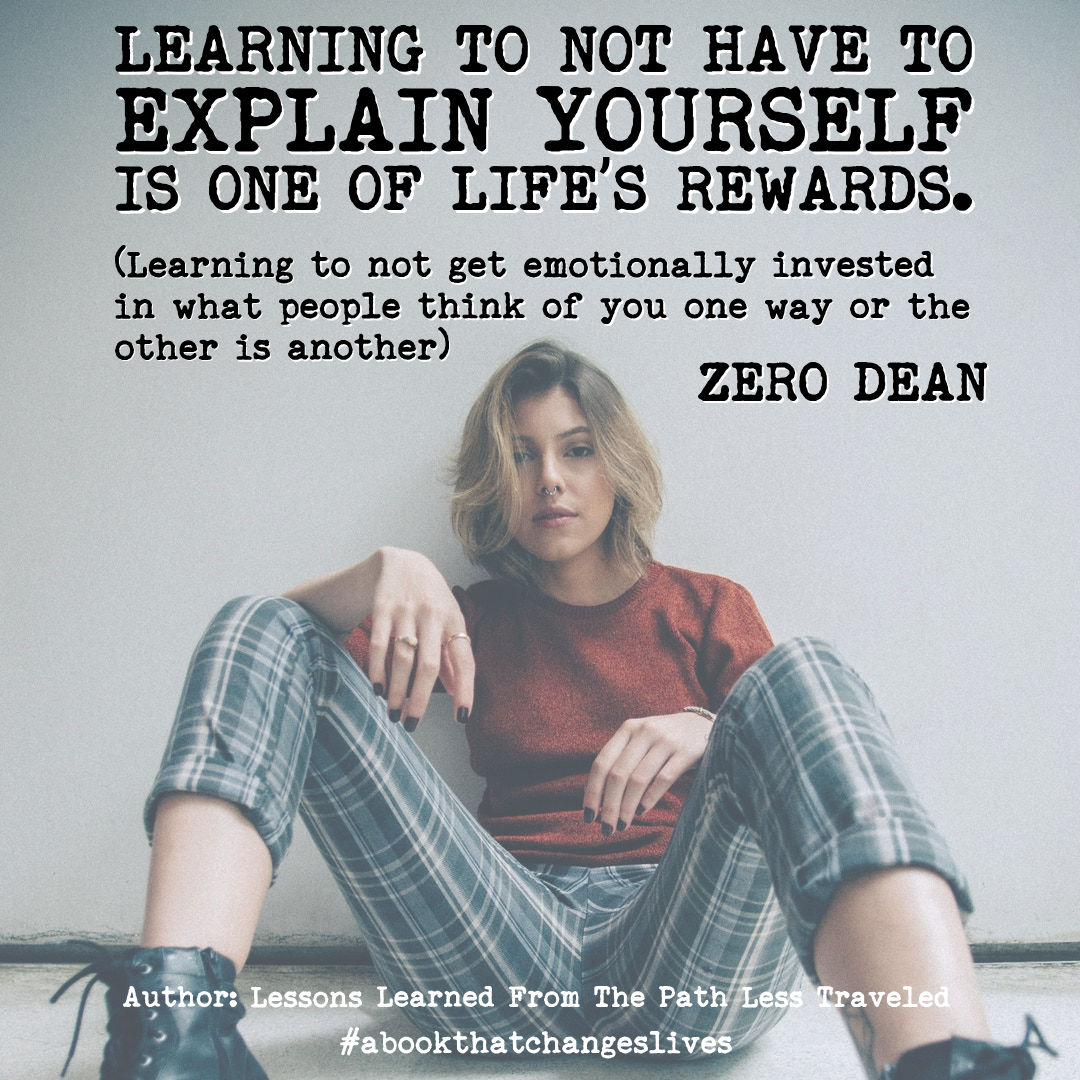 While confronting the people who harbor ill will against you can sometimes result in a peaceful resolution, it often doesn’t.

So rather than confront one’s haters, it may often be best to let people be wrong or mistaken about you than waste your time trying to convince them of something they are likely to refuse to believe anyway.

“Be selective in your battles, sometimes peace is better than being right.” — Unknown.

Anyone using their time to bash you is really saying you are the most important use of their time. Because of all the things in the world they could be focused on, they’re focused on you.

In an odd way, it’s almost as if having haters is a compliment. You are so important to them that they would rather spend their precious time giving you (negative) attention than doing anything else.

And while you can’t control critics, you can control how you react to criticism.

And one of the most effective ways to react to unjustified criticism to ignore it — and instead focus on whatever it is that helps you meet your goals, makes life meaningful to you, or makes you happy.

“My philosophy is: It’s none of my business what people say of me and think of me. I am what I am and I do what I do. I expect nothing and accept everything. And it makes life so much easier.” — Anthony Hopkins

Haters, more than anything, want your attention. You don’t have to give it to them.

Learning to not have to explain one’s self is one of life’s rewards.

Learning to not get emotionally invested in what people think of you one way or the other is another.

“Life is too short to stress yourself with people who don’t even deserve to be an issue in your life.”

People will like and respect you or they won’t — and getting people to like you doesn’t involve convincing them to.

The best thing you can do is just be yourself and let others make up their own minds. No amount of hate from a tiny minority is going to convince those who know the true you to think otherwise.

Anyone that is so easily swayed to think the worst about someone without giving them any direct consideration or benefit of the doubt isn’t the type of person you want to associate with anyway.

Just be a good person, lead by example, and let people think what they want, the rest will take care of itself.

“Stop letting people who do so little for you control so much of your mind, feelings, and emotions.” — Will Smith 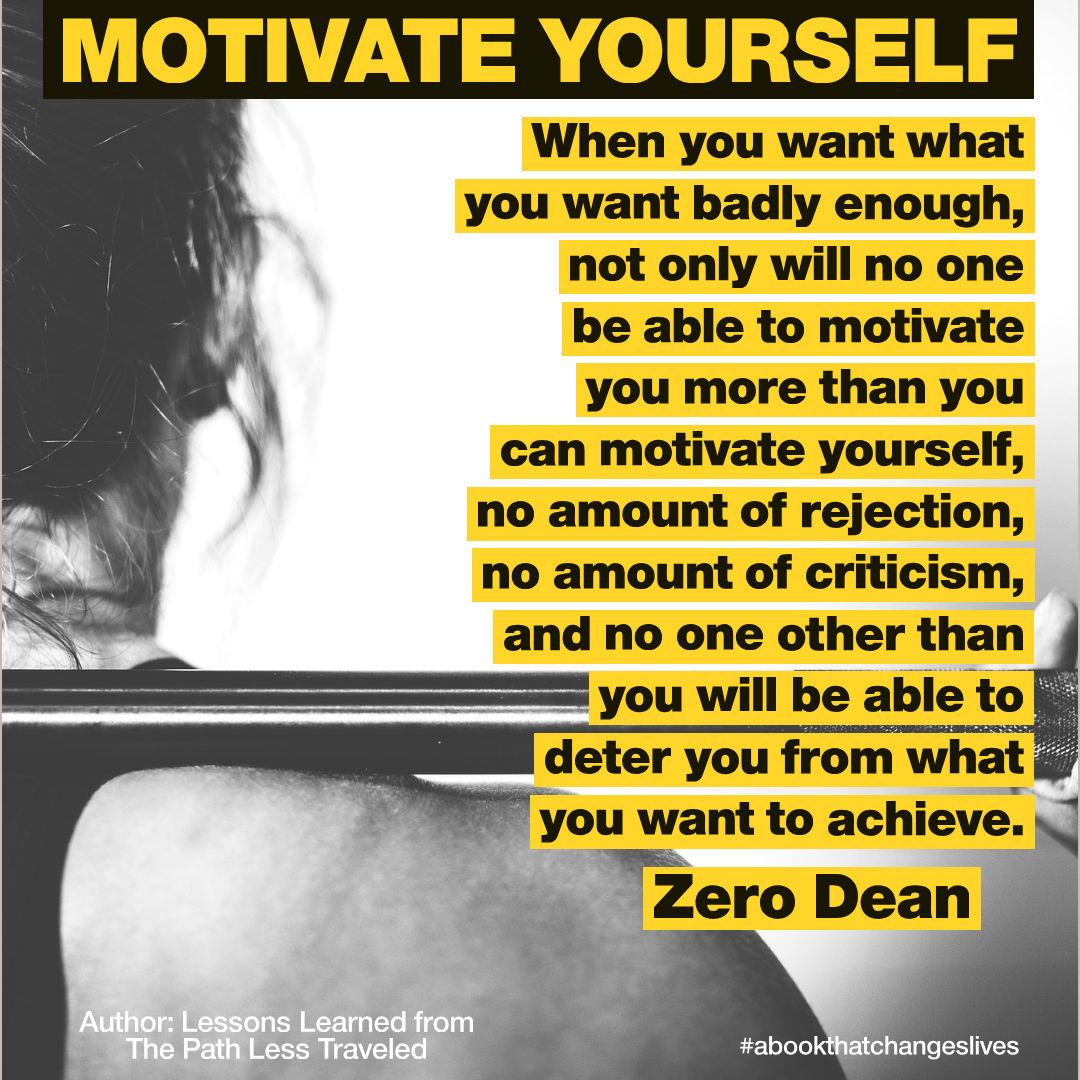 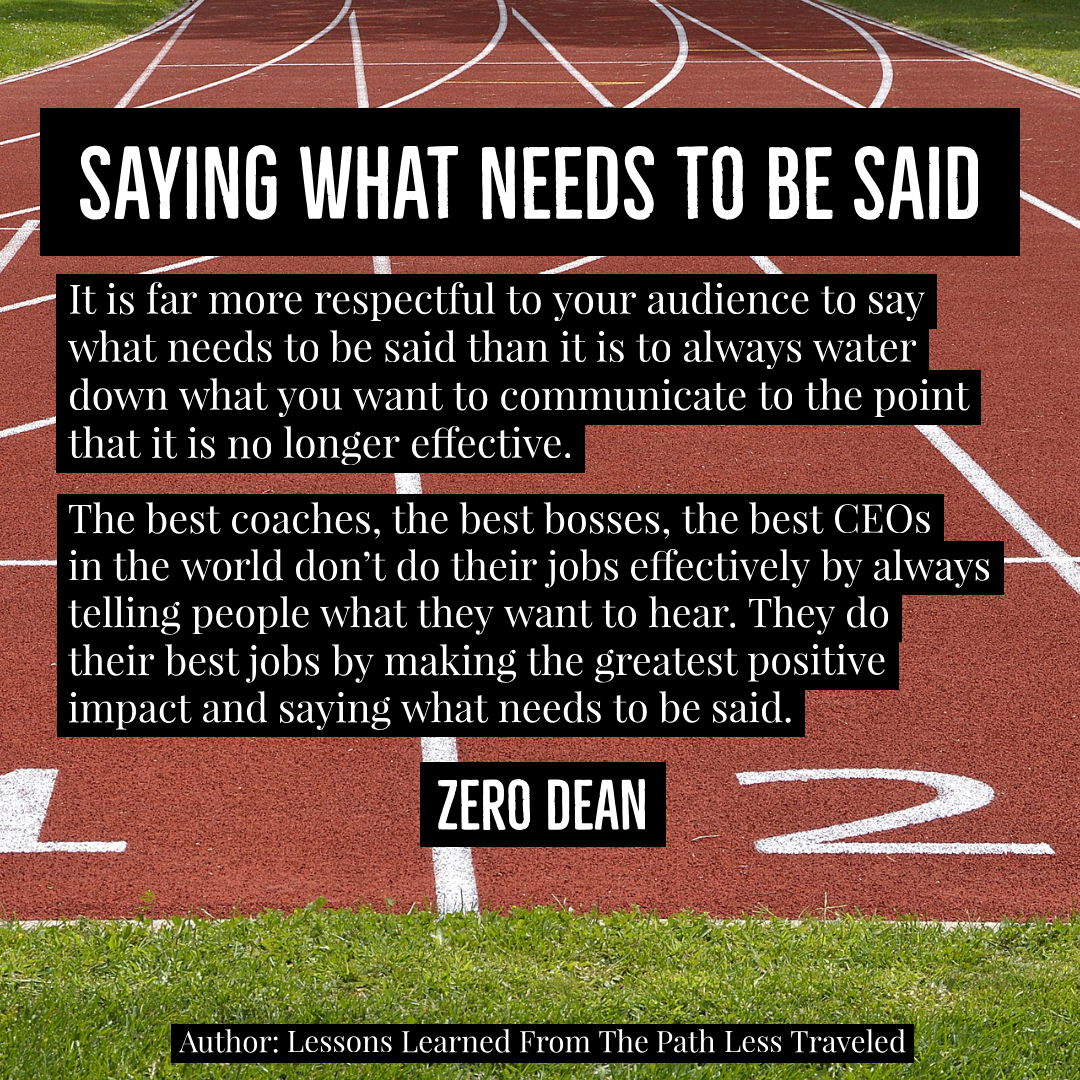 But there’s a reason why coaches don’t always speak at the same volume with the same tone of voice.

Often, what people think they want and what they actually need are not one and the same.

Sometimes the words people need to hear in order to make the greatest positive difference in their lives are not soft & gentle, but instead, communicated in a way that hit them like a kick in the ass.

If you speak bluntly at times, you won’t please everyone, but your message will be far more effective than if you always try to.

It is far more respectful to your audience to say what needs to be said than it is to always water down what you want to communicate to the point that it is no longer effective.

The best coaches, the best bosses, the best CEOs in the world don’t do their jobs effectively by always telling people what they want to hear. They do their best jobs by making the greatest positive impact and saying what needs to be said. 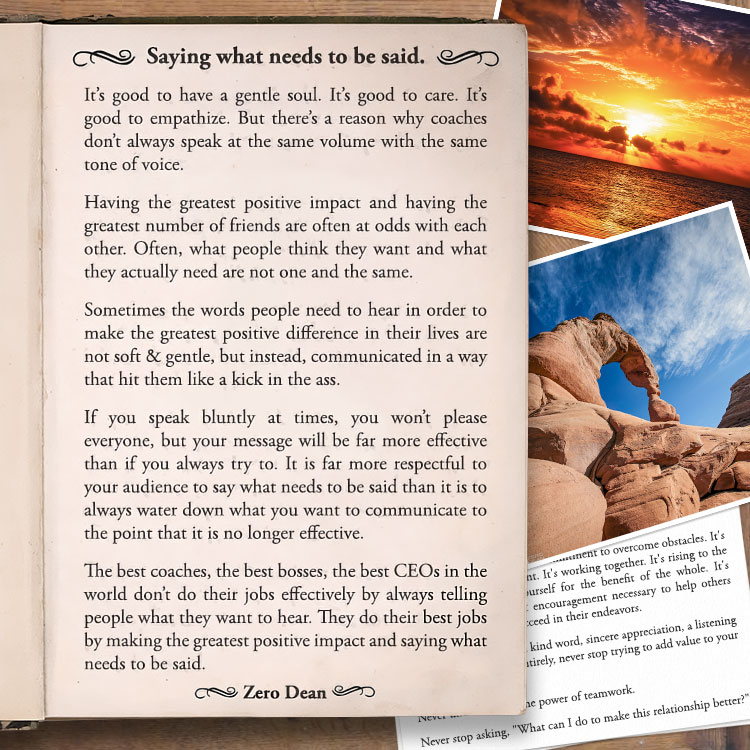 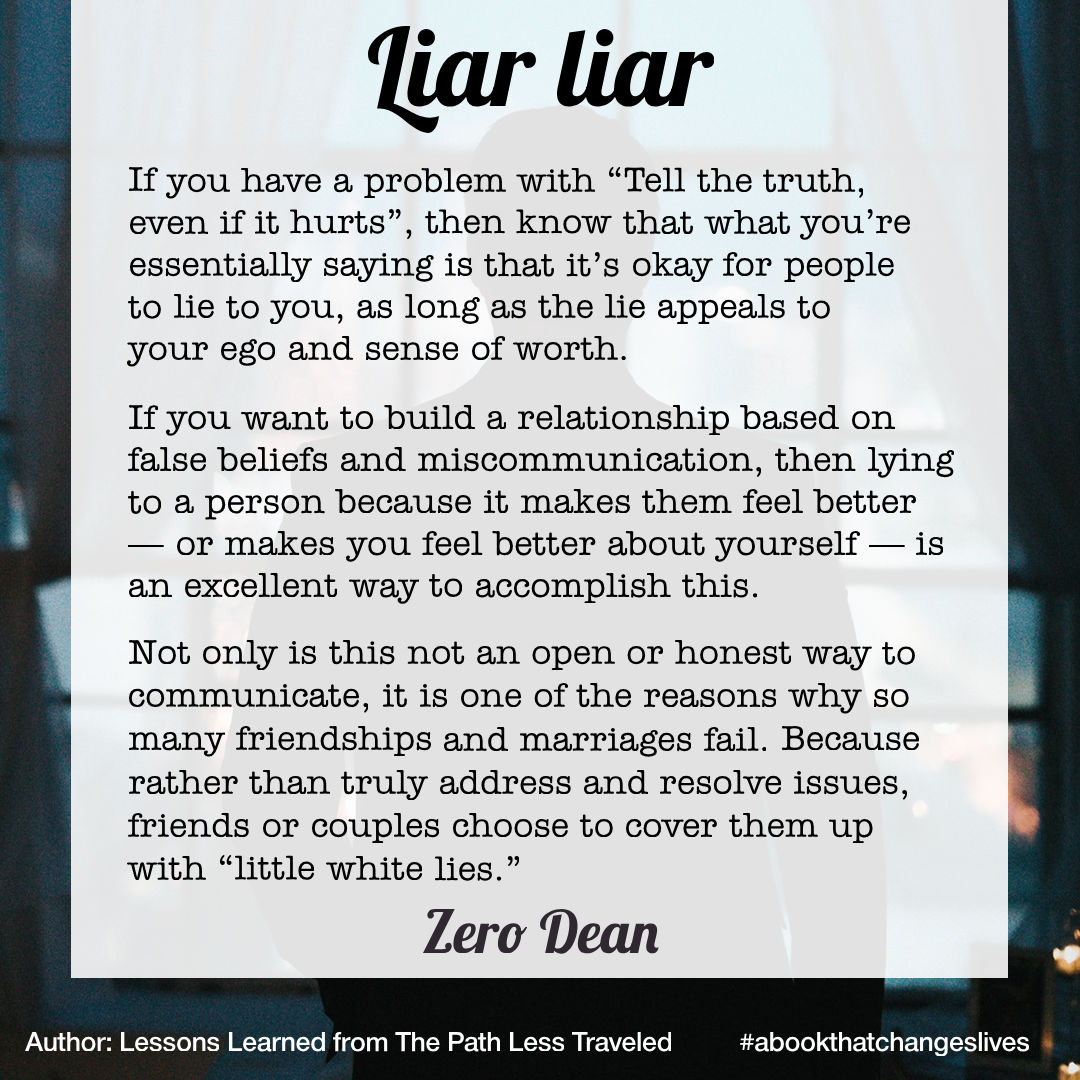 If you have a problem with “Tell the truth, even if it hurts”, then know that what you’re essentially saying is that it’s okay for people to lie to you, as long as the lie appeals to your ego and sense of worth.

If you want to build a relationship based on false beliefs and miscommunication, then lying to a person because it makes them feel better — or makes you feel better about yourself — is an excellent way to accomplish this.

Not only is this not an open or honest way to communicate, it is one of the reasons why so many friendships and marriages fail. Because rather than truly address and resolve issues, friends or couples choose to cover them up with “little white lies.” 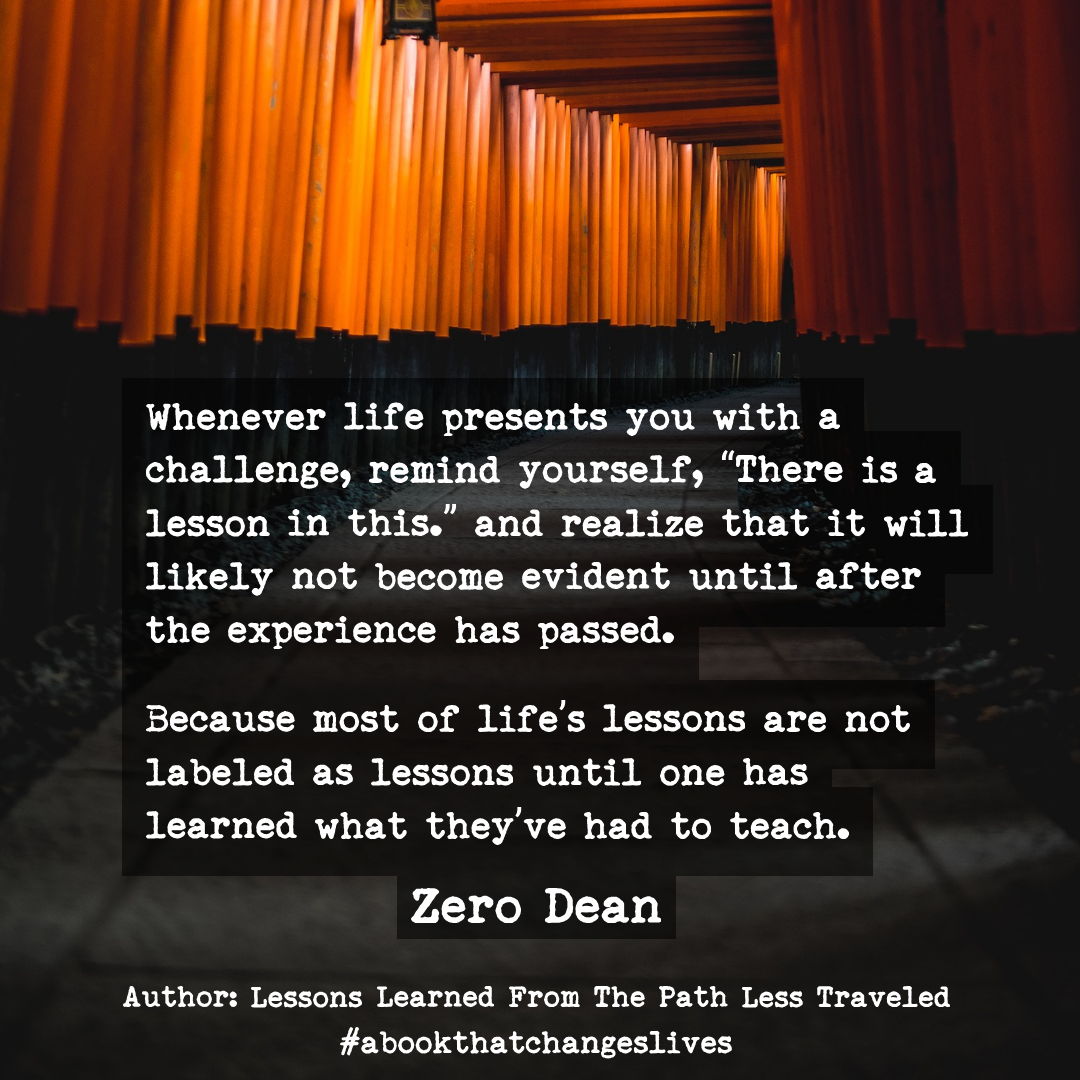 Whenever life presents you with a challenge, remind yourself,” There is a lesson in this.” and realize that it will likely not become evident until after the experience has passed. Because most of life’s lessons are not labeled as lessons until one has learned what they have to teach. 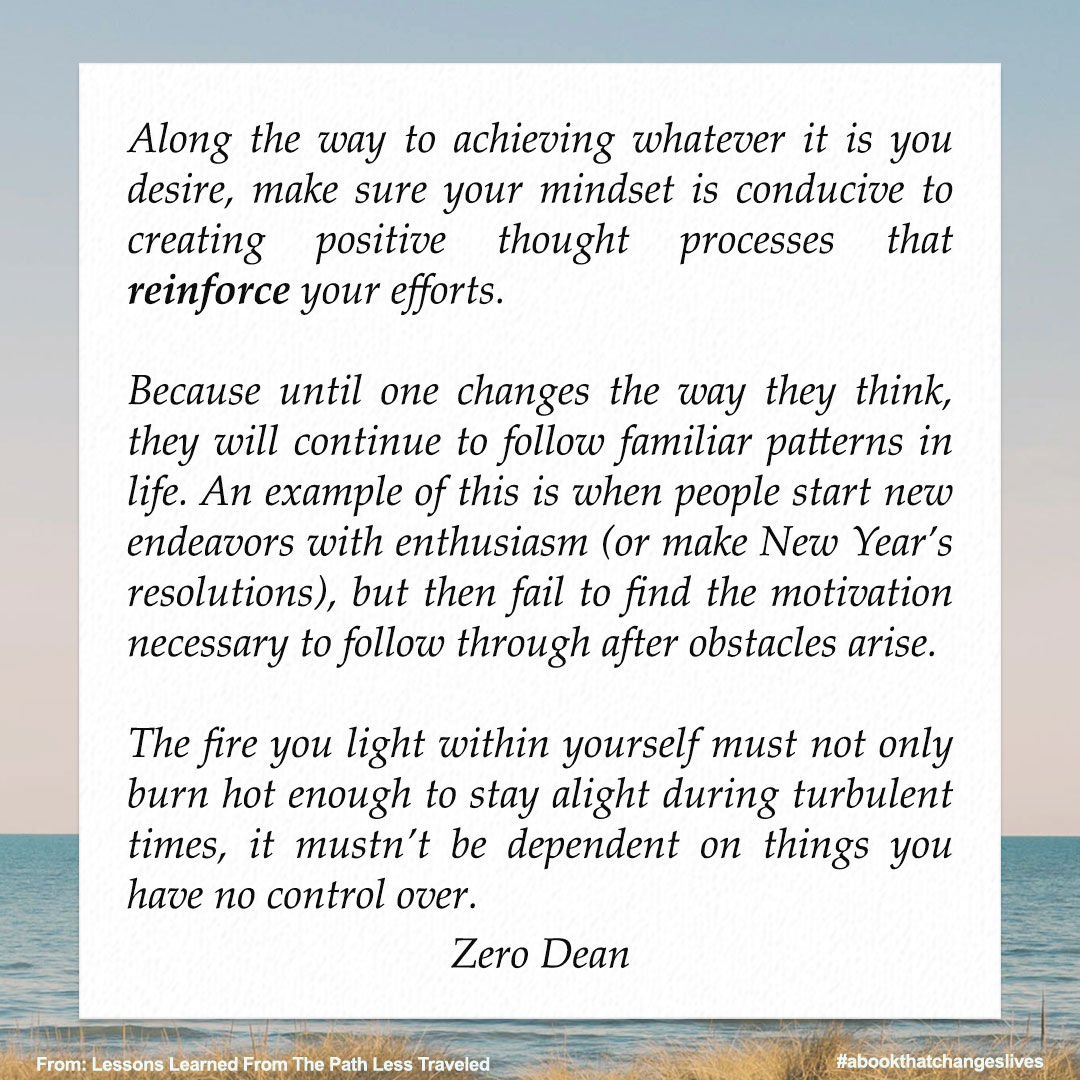 Along the way to achieving whatever it is you desire, make sure your mindset is conducive to creating positive thought processes that reinforce your efforts.

Because until one changes the way they think, they will continue to follow familiar patterns in life. An example of this is when people start new endeavors with enthusiasm (or make New Year’s resolutions), but then fail to find the motivation necessary to follow through after obstacles arise.

The fire you light within yourself must not only burn hot enough to stay alight during turbulent times, it mustn’t be dependent on things you have no control over. 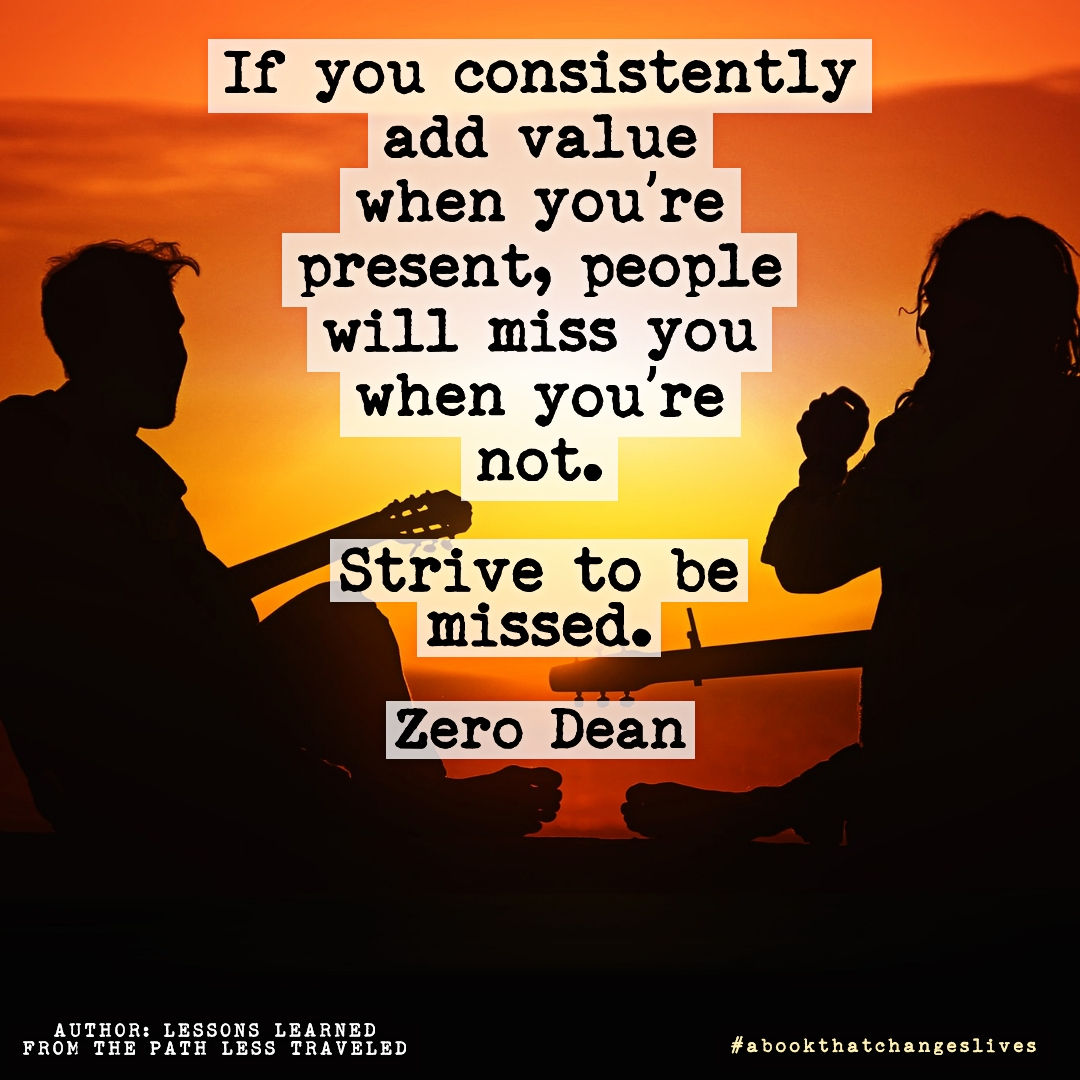 Strive to be missed. 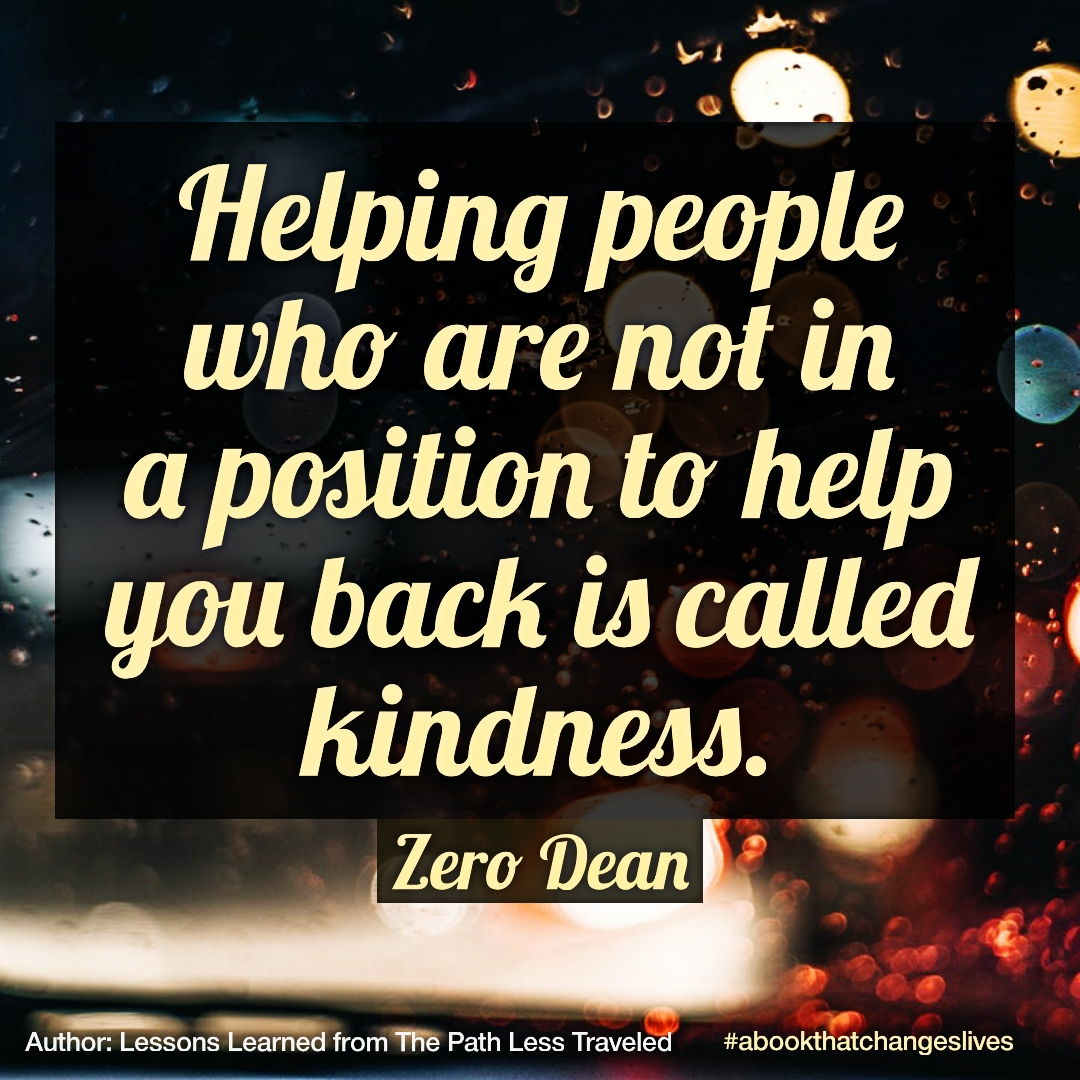 Helping people who are not in a position to help you back is called kindness. 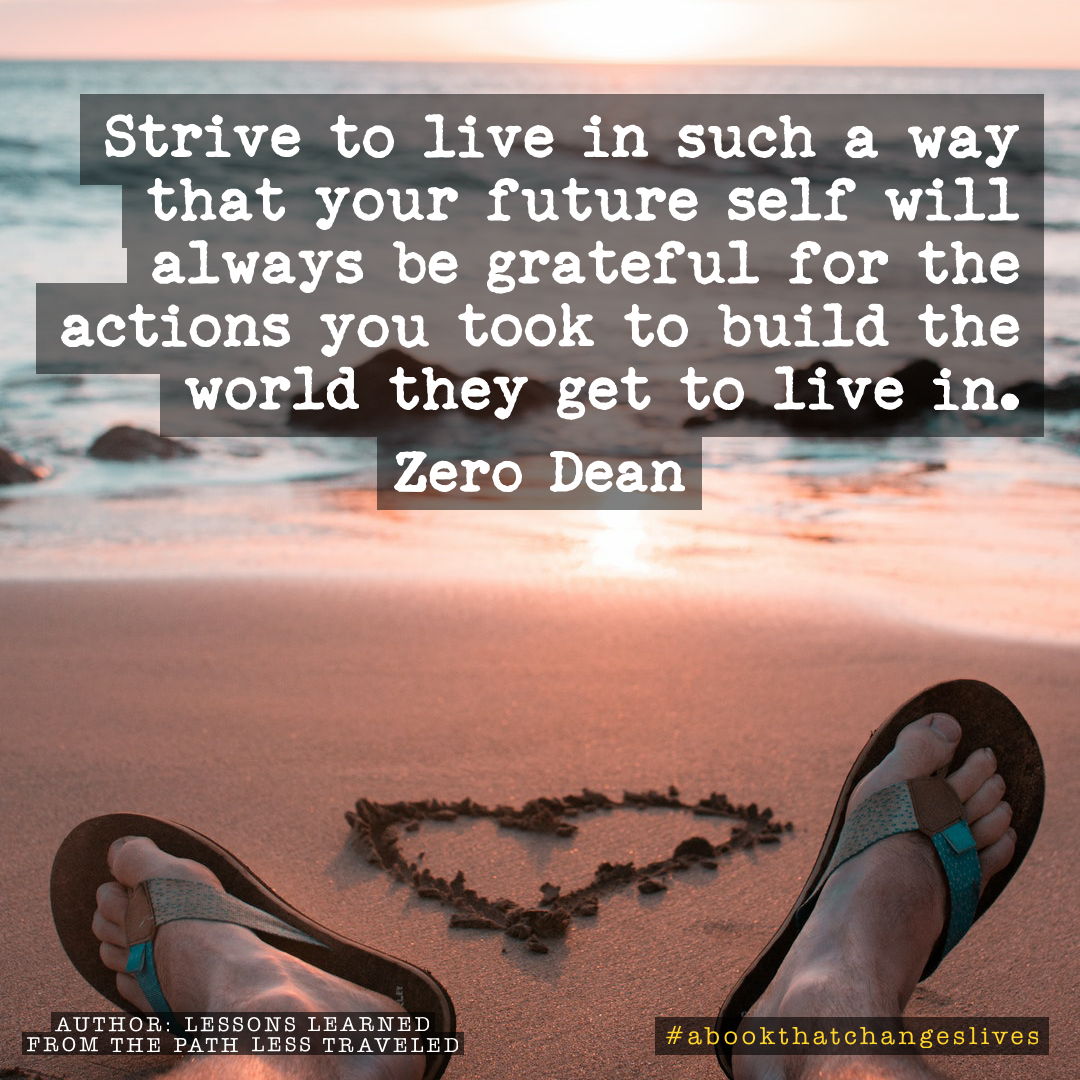 Strive to live in such a way that your future self will always be grateful for the actions you took to build the world they get to live in.