Skip to content
Stop wasting your time living someone else’s idea of the ideal life.

People who hate on other people often justify their actions with “they deserve it”. And by doing so, they excuse themselves for their own bad behavior. Because “It isn’t really bad behavior if the other person deserved it, is it?”

If your negative words or actions were directed at someone you love, would you excuse them as easily as you do when you direct them at those you think deserve it?

If it makes you feel good to put other people down, what does that say about the kind of person you are? And is that who you truly want to be? 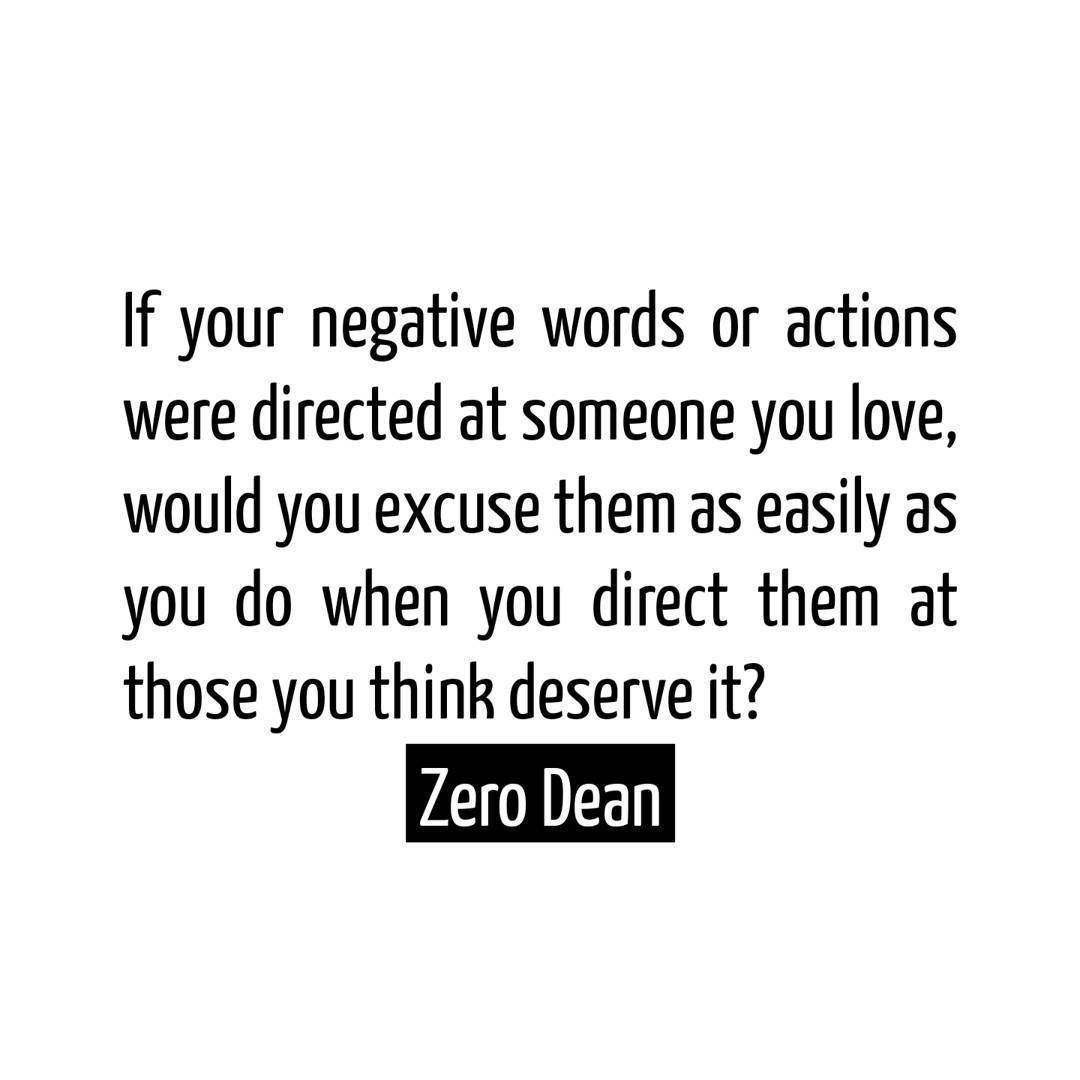