Skip to content
No one can make you get fit. And no one can stop you from getting fit if you truly want to. Your fitness is your choice. 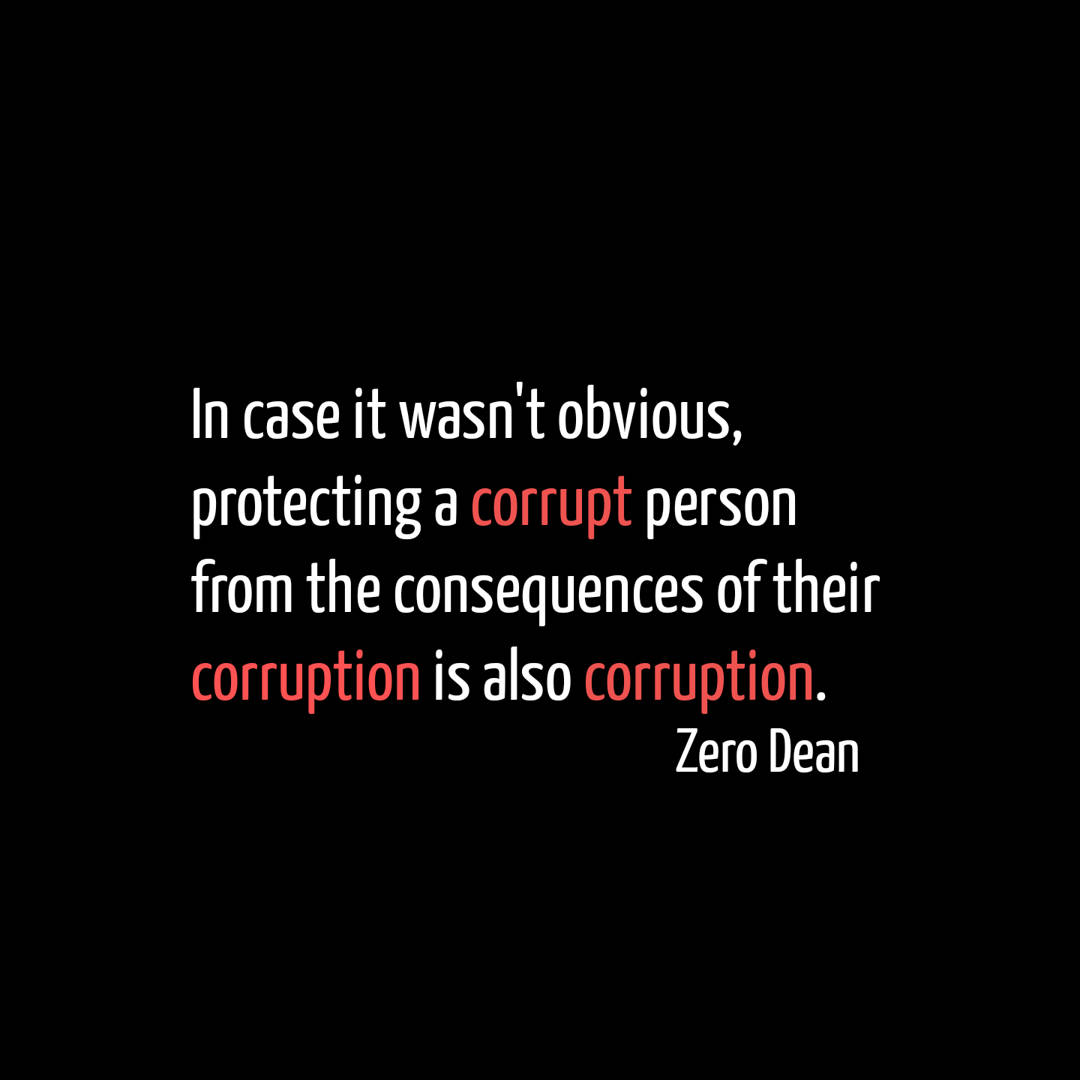 In case it wasn’t obvious, protecting a corrupt person from the consequences of their corruption is also corruption. 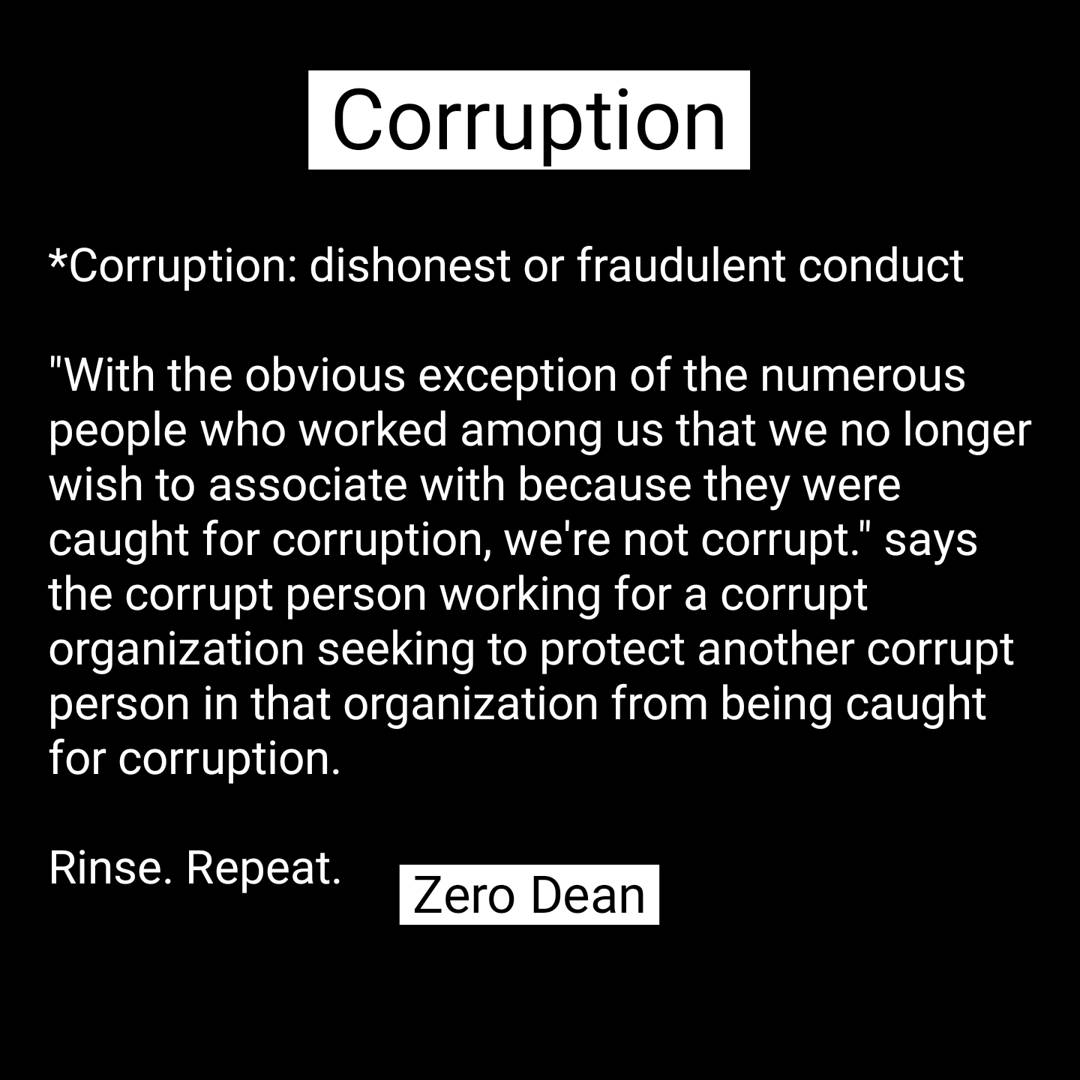 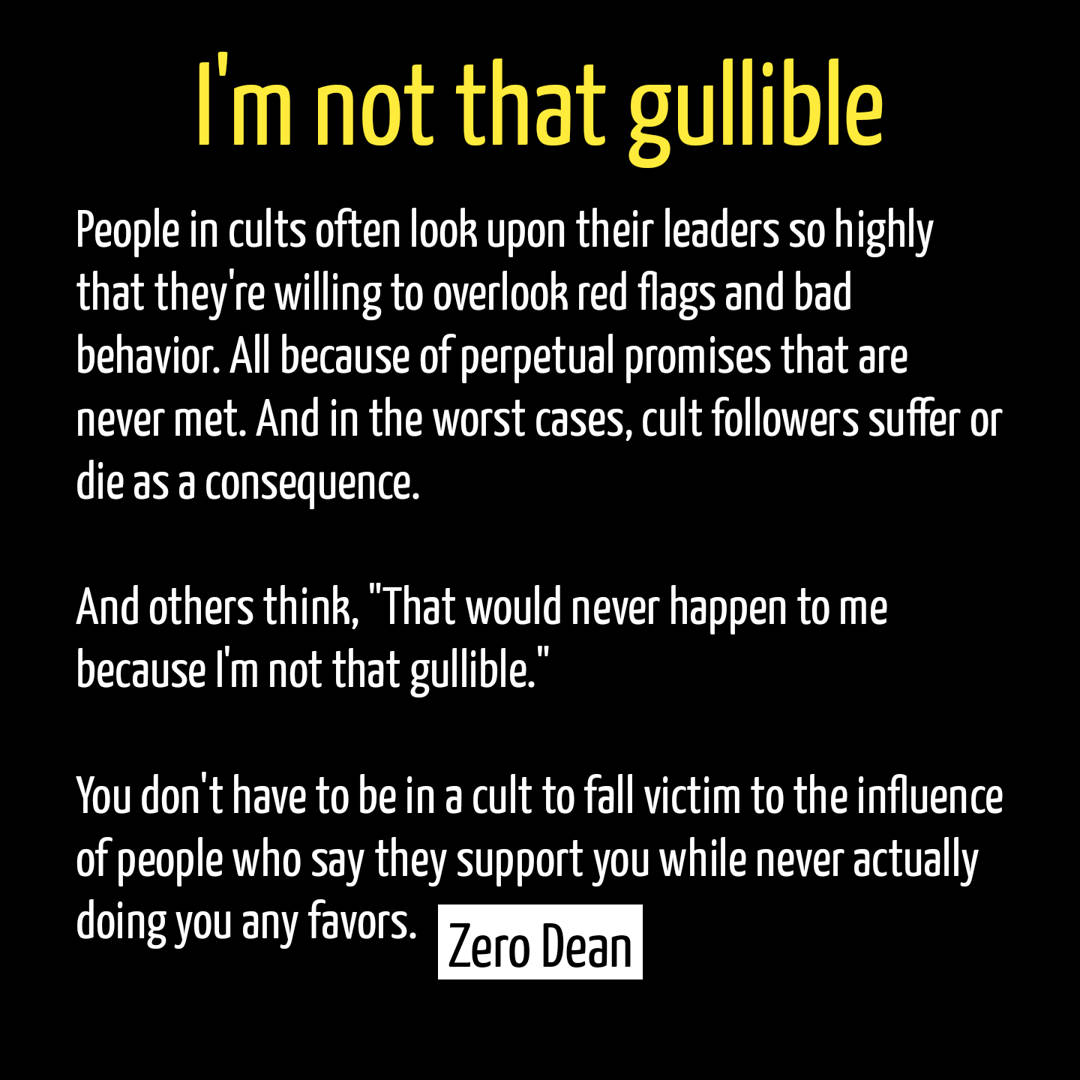 People in cults often look upon their leaders so highly that they’re willing to overlook red flags and bad behavior. All because of perpetual promises that are never met. And in the worst cases, cult followers suffer or die as a consequence.

And others think, “That would never happen to me because I’m not that gullible.”

You don’t have to be in a cult to fall victim to the influence of people who say they support you while never actually doing you any favors. 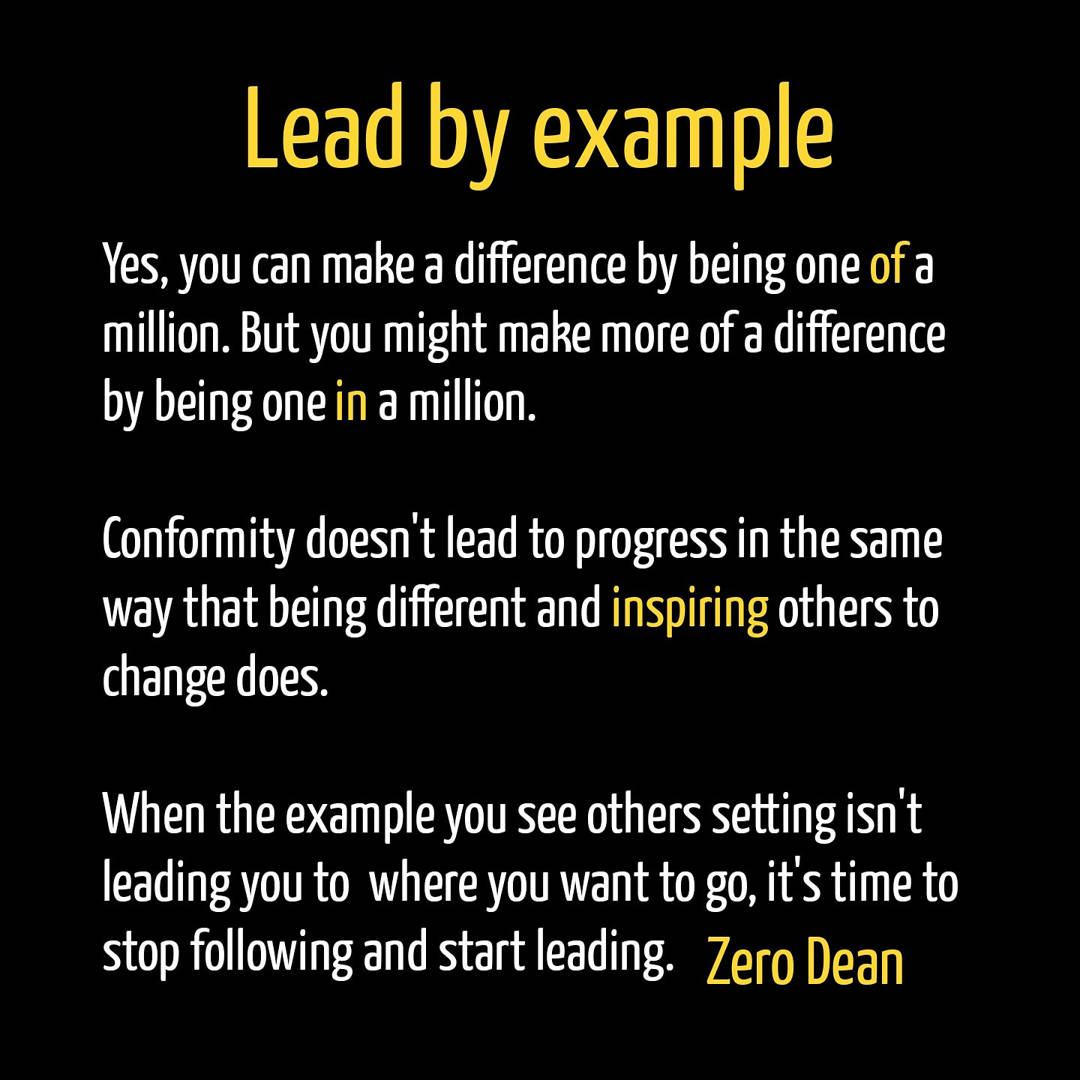 Conformity doesn’t lead to progress in the same way as being different and inspiring others to change does.

When the example you see others setting isn’t leading you to where you want to go, it’s time to stop following and start leading. 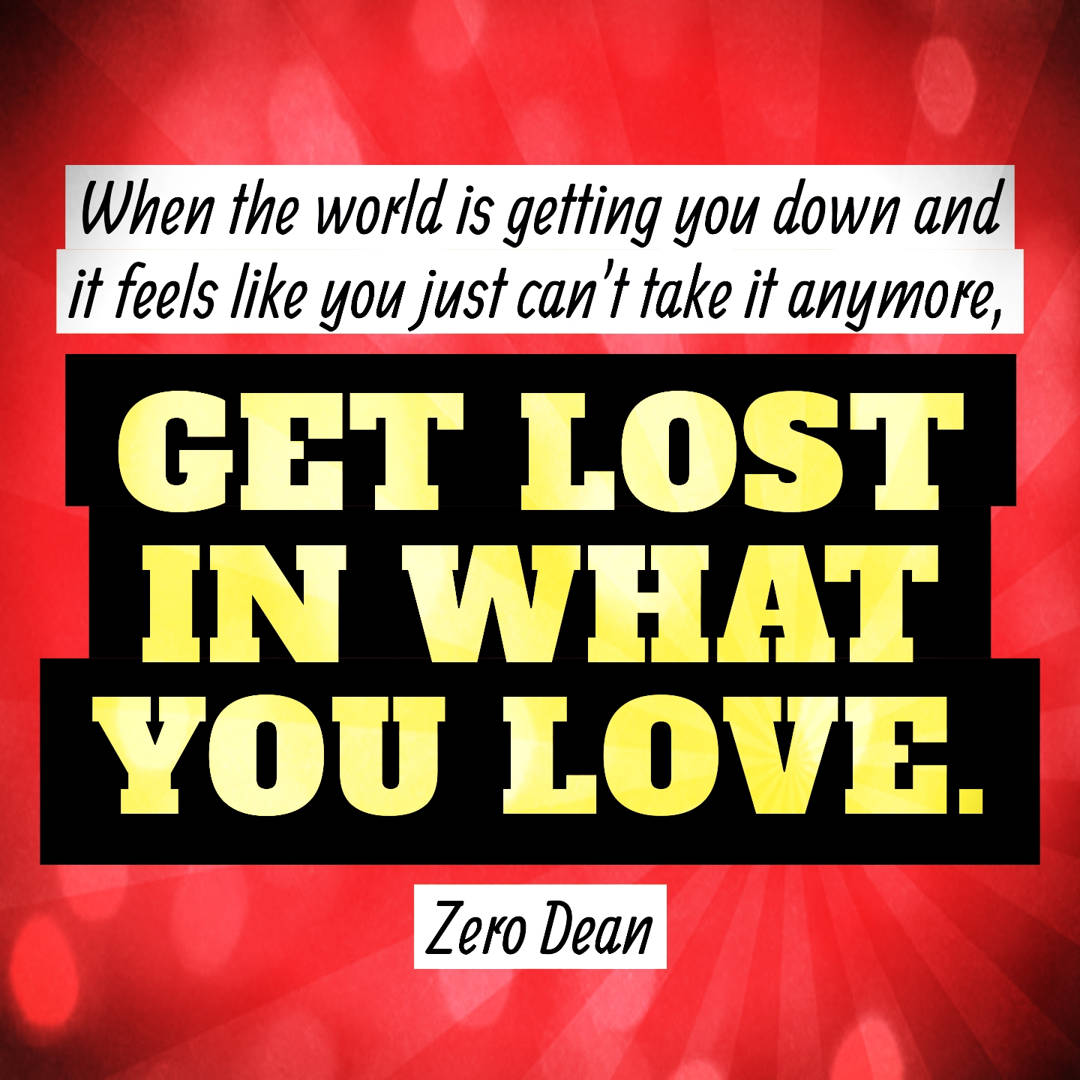 When the world is getting you down and it feels like you just can’t take it anymore, get lost in what you love. 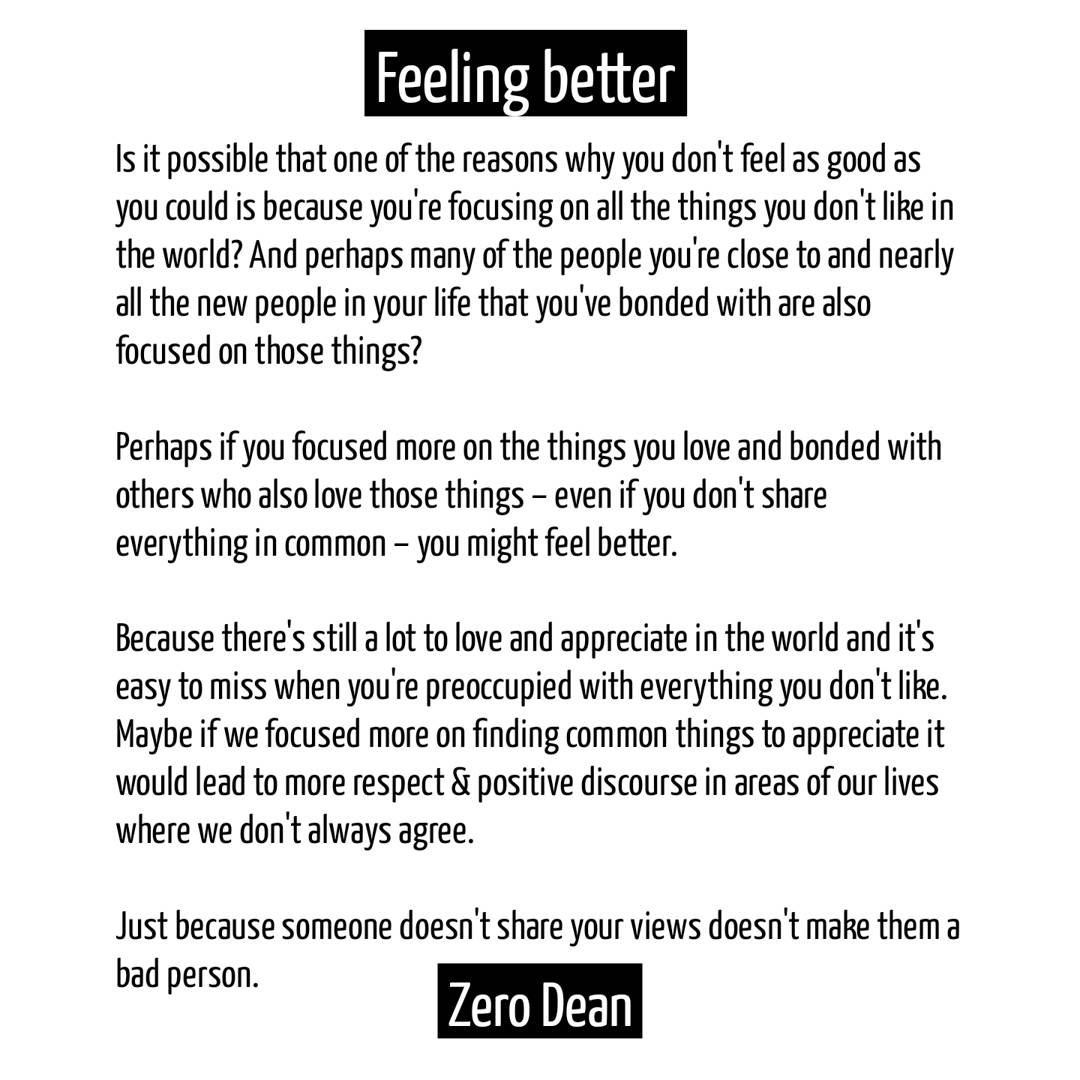 Is it possible that one of the reasons why you don’t feel as good as you could is because you’re focusing on all the things you don’t like in the world? And perhaps many of the people you’re close to and nearly all the new people in your life that you’ve bonded with are also focused on those things?

Perhaps if you focused more on the things you love and bonded with others who also love those things — even if you don’t share everything in common — you might feel better.

Because there’s still a lot to love and appreciate in the world and it’s easy to miss when you’re preoccupied with everything you don’t like. Maybe if we focused more on finding common things to appreciate it would lead to more respect & positive discourse in areas of our lives where we don’t always agree.

Just because someone doesn’t share your views doesn’t make them a bad person. 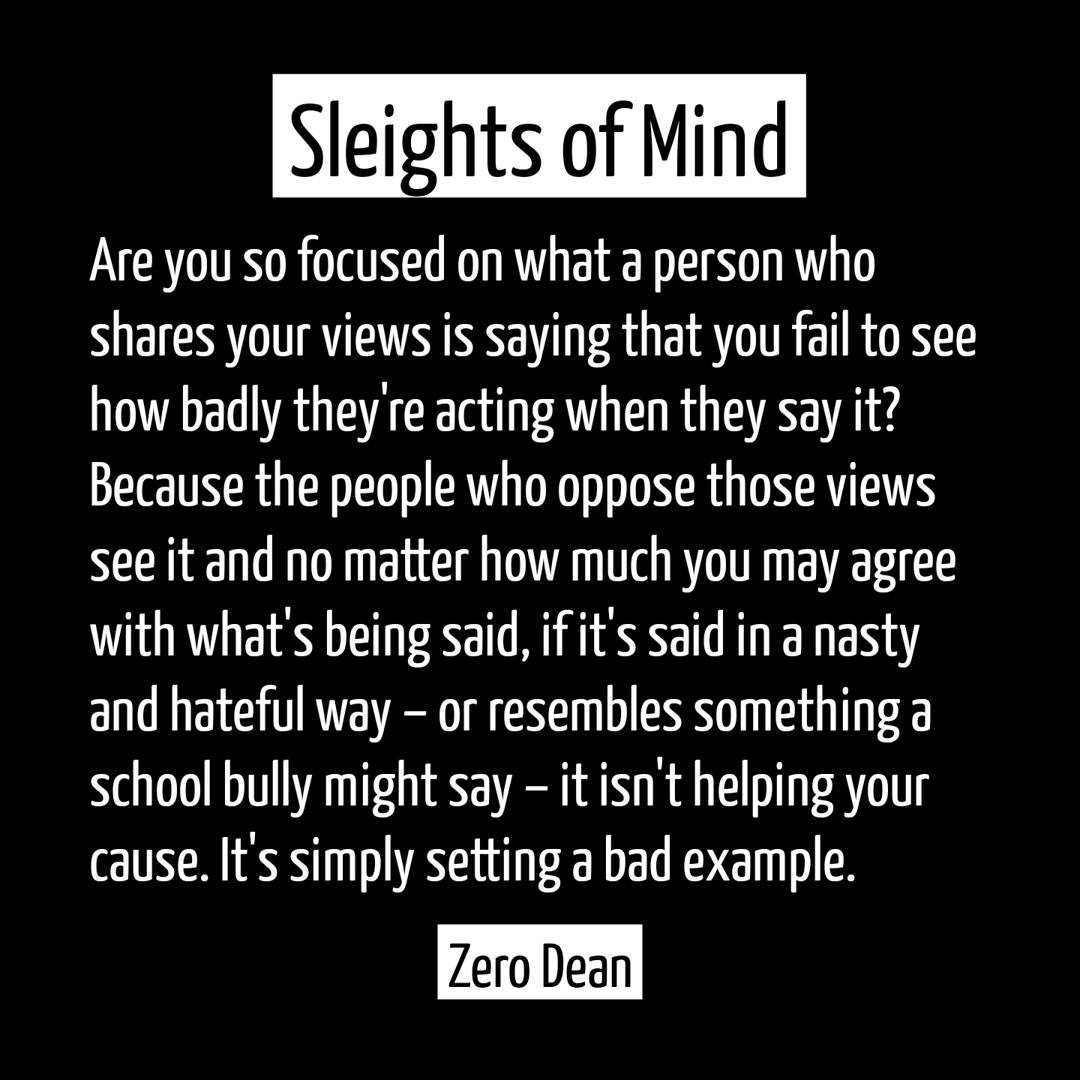 Are you so focused on what a person who shares your views is saying that you fail to see how badly they’re acting when they say it? Because the people who oppose those views see it and no matter how much you may agree with what’s being said, if it’s said in a nasty and hateful way – or resembles something a school bully might say – it isn’t helping your cause. It’s simply setting a bad example. 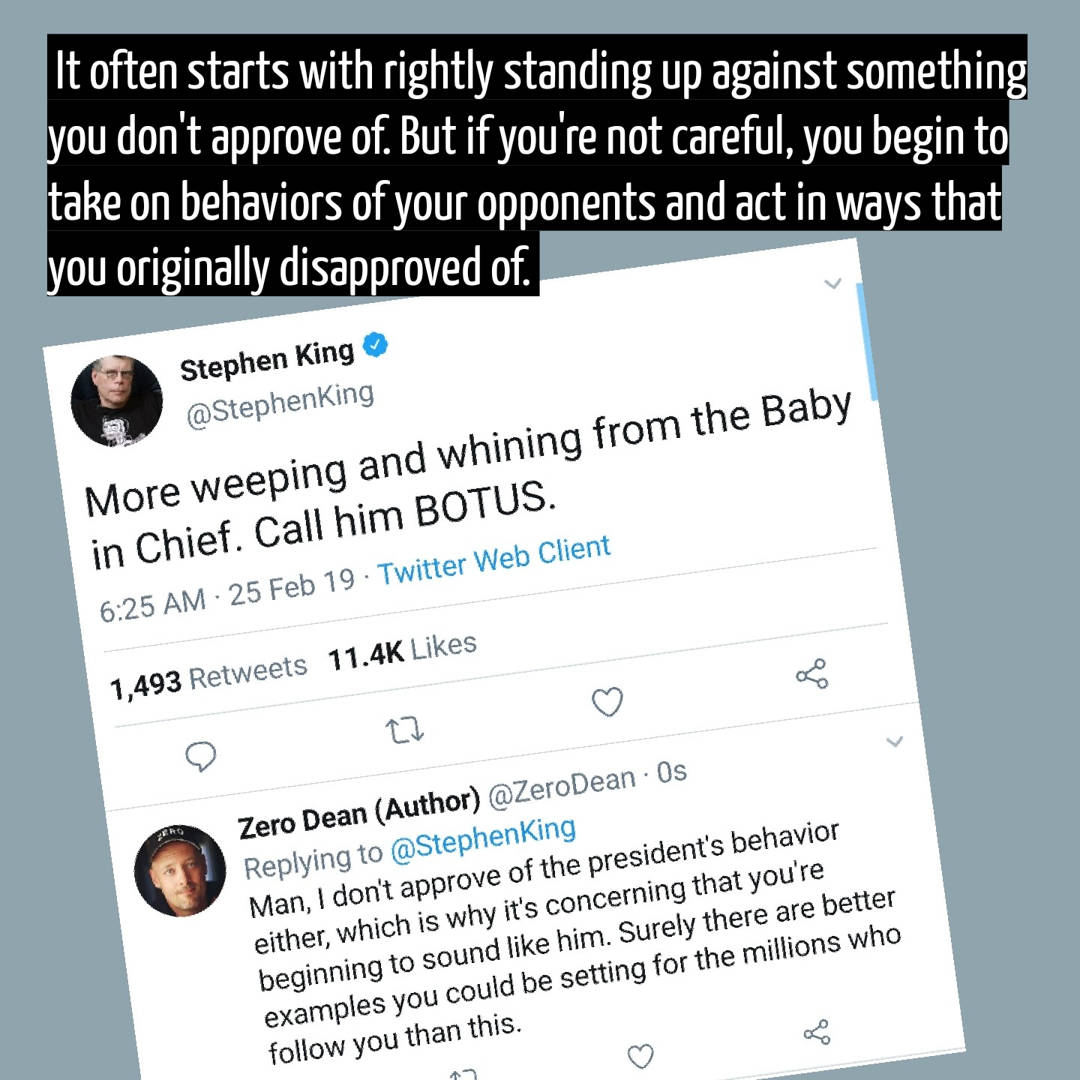 It often starts with rightly standing up against something you don’t approve of. But if you’re not careful, you begin to take on behaviors of your opponents and act in ways that you originally disapproved of.

Dammit, Zero. If only you could have found a better way to suggest that someone who was behaving badly act better than by pointing out that they weren’t setting a good example for the millions of people who follow them.

I mean, what if they actually see what you said about what they shared with millions of people? What if they’re embarrassed by it? What if they get angry with you for pointing out their bad behavior?

Or what if — just for a second — they think about what I actually said and — maybe, just maybe — it has the potential to get them to remember the type of person they want to be and actually change their approach and begin to set a better example for the MILLIONS of people who follow them?

I’ll take the possibility of unsettling someone for a moment any day for a chance at getting a person with a tremendous amount of influence to set a good example for millions of people. 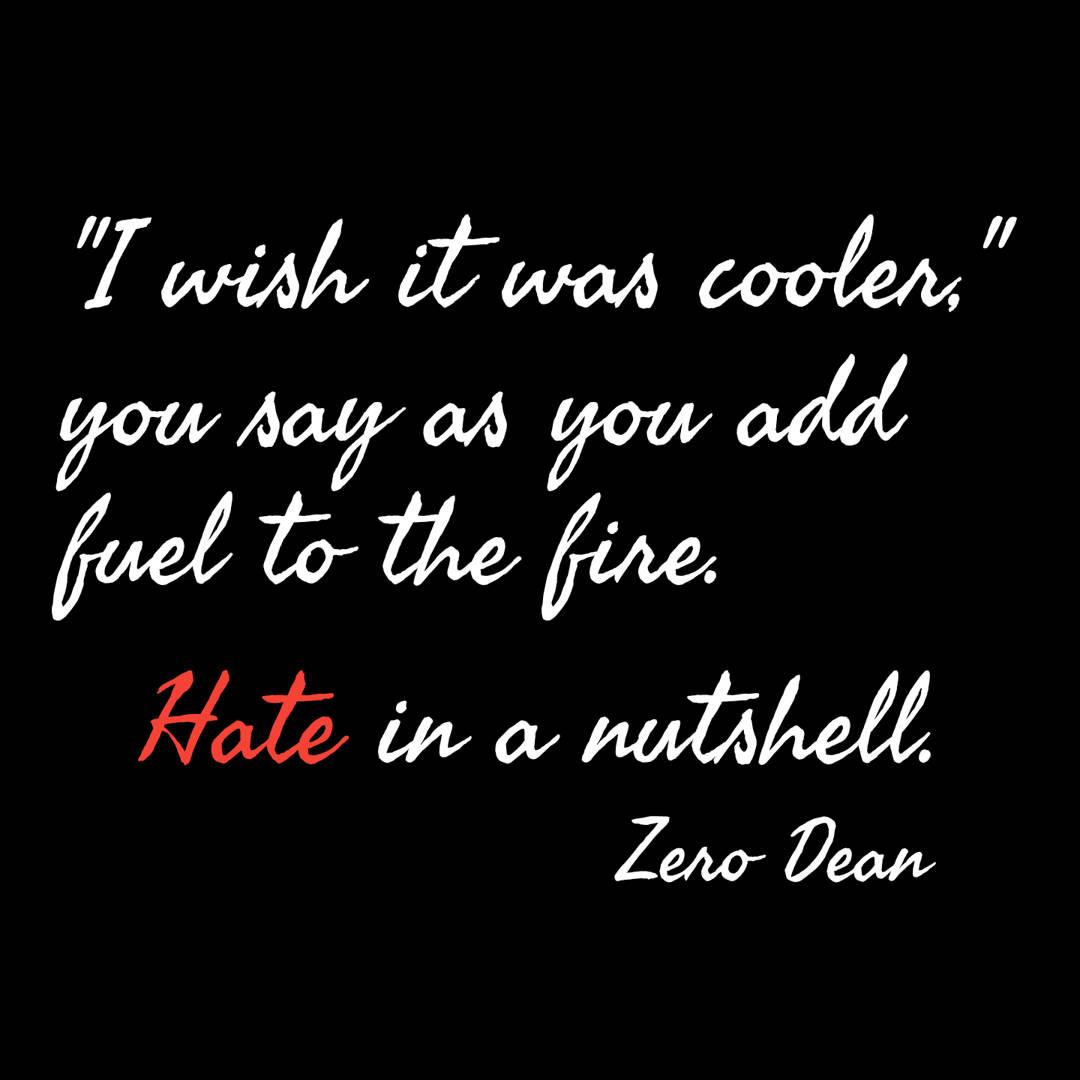 “I wish it was cooler,” you say as you add fuel to the fire.

Hate in a nutshell. 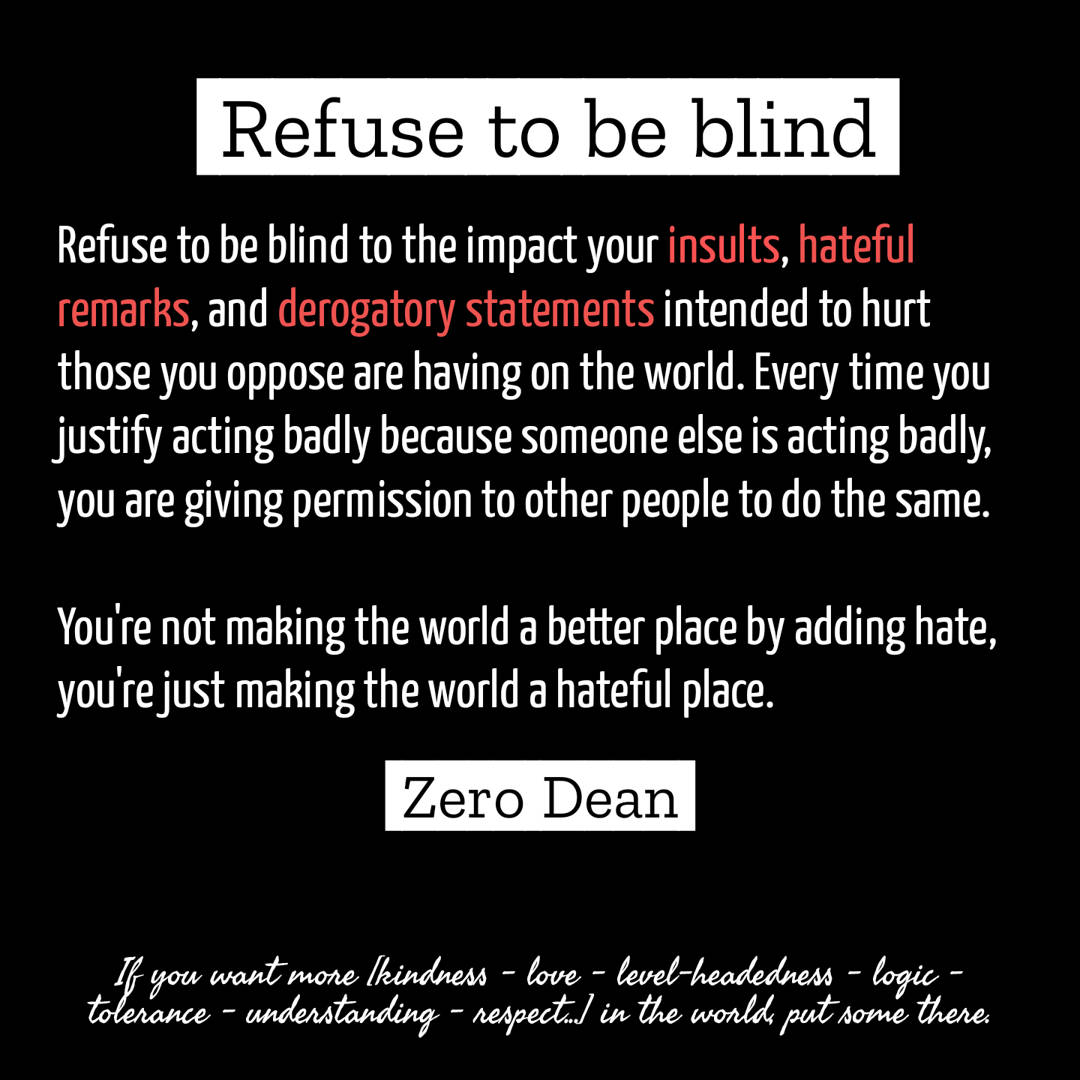 Refuse to be blind to the impact your insults, hateful remarks, and derogatory statements intended to hurt those you oppose are having on the world. Every time you justify acting badly because someone else is acting badly, you are giving permission to other people to do the same.

If you want more [ kindness – love – level-headedness – logic – tolerance – understanding – respect…] in the world, put some there.