Skip to content
Be mindful of your priorities. Possessions can be replaced, while the bodies we live in must last a lifetime — and they affect every moment of our lives.

“Sometimes life’s going to hit you in the head with a brick. Don’t lose faith. I’m convinced that the only thing that kept me going was that I loved what I did.” — Steve Jobs

Even the most successful people in history have had their confidence rocked (video), their good ideas questioned & ridiculed, and the door of opportunity slammed in their face.

Even the most successful, most intelligent, most attractive, and most beloved people in the world have felt tired, lonely, scared, ugly, stupid, and alone.

Even the most successful people in the world have set goals, made mistakes and suffered serious setbacks and failure.

But what made many of the most successful people in the world successful is that they persisted. They had the desire, the determination, the passion, and the will to succeed. And they used it.

And that made all the difference.

Success isn’t a magical thing that some people can have and others cannot. It’s something you work for.

“Everything around you that you call life was made up by people that were no smarter than you and you can change it, you can influence it, you can build your own things that other people can use. Once you learn that, you’ll never be the same again.” (video) 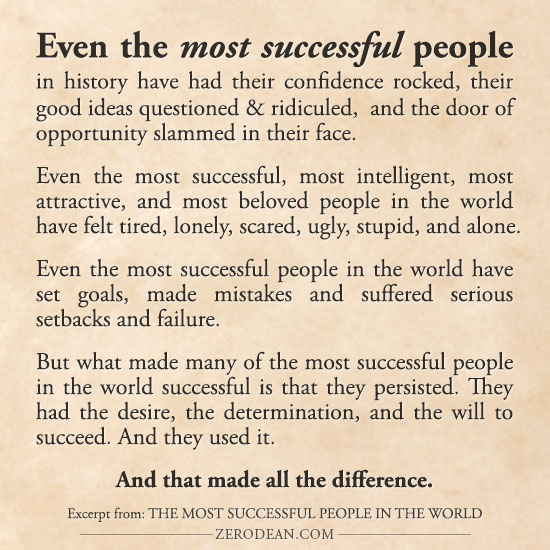 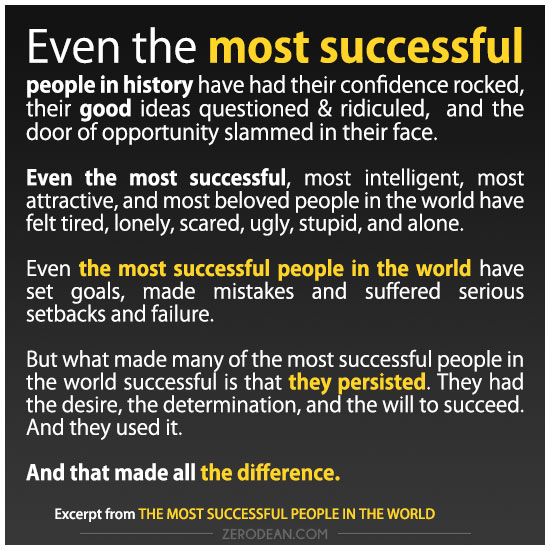