Skip to content
You have exactly one life to live to do everything you ever wanted. Stop wasting it caught up in things that don’t matter.

It appears that “being awesome” is all the rage these days. Social networks are full of “just be awesome” related posts.

This is great — except that no one seems to really draw attention to what “being awesome” actually means. As if the simple act of existing is “being awesome”.

Being awesome involves acting in a way that contributes something of value to the people, places, and things that you connect with throughout your day.

Unless your mission is to be so annoying that people will feel relieved when you are not around, if your presence doesn’t add value, your absence won’t make a difference. And if you’re not making some kind of positive difference, that’s not “being awesome”. That’s not putting in any amount of effort. That’s simply existing.

So if you truly want to be awesome, always strive to contribute in such a way that you’re adding something of value wherever you may be and to whoever you come in contact with by doing more of what you’d like to see in the world.

This can be as simple as going out of your way to be kind to people.

It is in this way of adding value wherever you go that you will not only make a positive difference in the world at large, but also in your relationships, your work affairs, and any systems in which you play a role.

And that is awesome.

As Henry David Thoreau said, “Be not simply good; be good for something.” 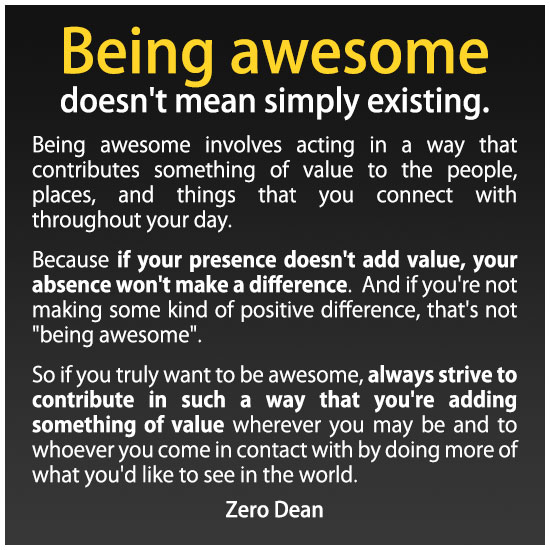 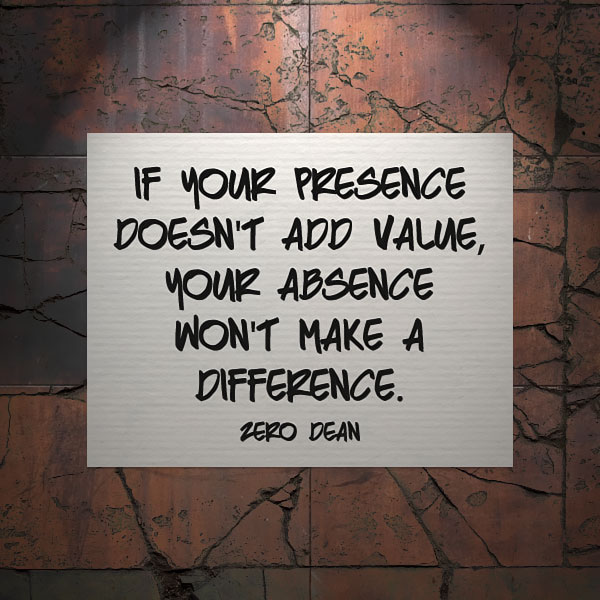