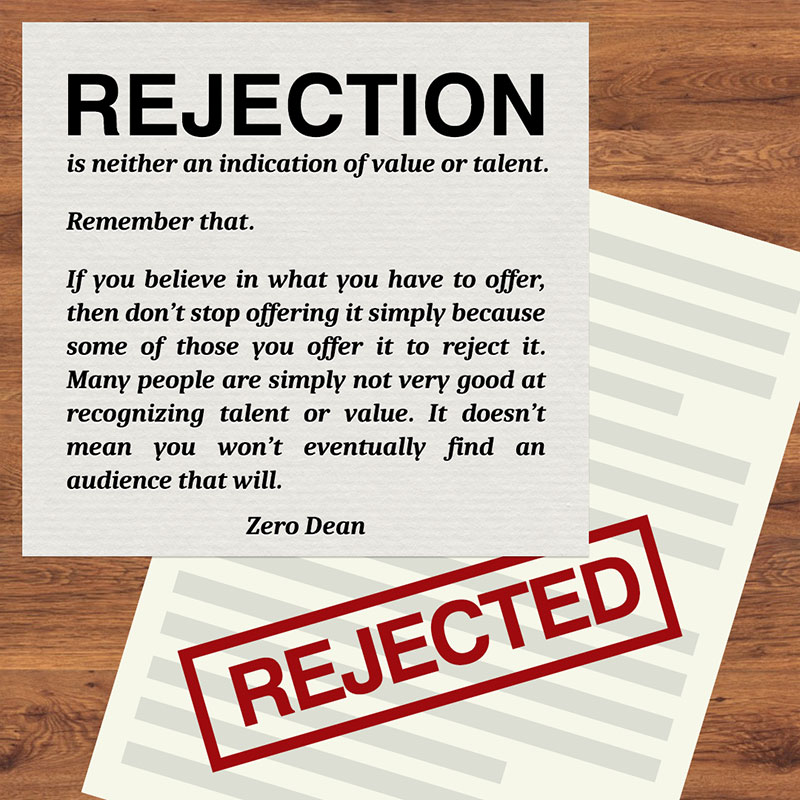 Rejection is neither an indication of value or talent. Remember that. If you believe in what you have to offer, then don’t stop offering it simply because some of those you offer it to reject it. Many people are simply not very good at recognizing talent or value. It doesn’t mean you won’t eventually find an audience that will.

When Rowling submitted her Harry Potter manuscript to the first twelve publishing houses, it was rejected by each (wikipedia).

I think millions upon millions of adoring fans are thankful she didn’t give up. I think she is, too.

Just something to think about the next time you face rejection.