Home » All Content (blog view) » Zerosophy » The courage to be imperfect

PrevPreviousEvery time you change something unique about yourself…
NextYou got this.Next

The courage to be imperfect 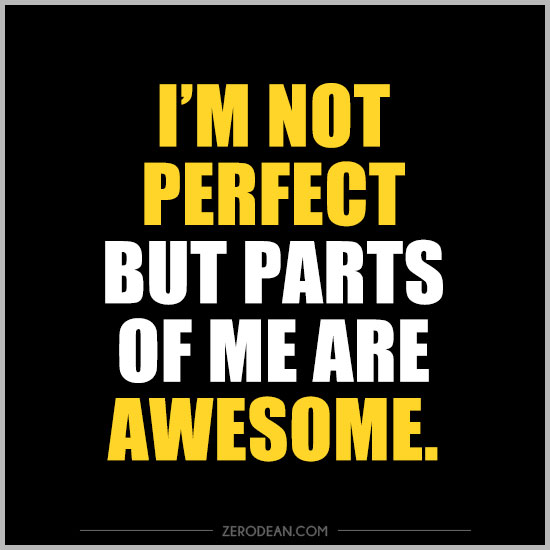 “I’m not perfect, but parts of me are awesome.”

Let’s face it, we all have flaws. And, despite how some people see it, there is absolutely nothing wrong with that.

The fact is, every single one of us is a work-in-progress.

We may be at different stages in life. We may have different strengths and weaknesses, but there isn’t a single person on the planet who hasn’t felt vulnerable or made mistakes. Nor is there a single person who couldn’t be better at something in some area of their life.

While hiding your flaws or pretending to be something or someone you’re not can fool many people — and many try to live their lives this way — true power comes from being your authentic self — flaws and all — and not being ashamed or afraid of being imperfect.

“If you tell the truth, you don’t have to remember anything.” — Mark Twain

When you truly accept who you are — weaknesses included — to the point that you are not afraid to admit your flaws or be vulnerable, people are much less able (or likely to try) to use your flaws as weapons against you.

When you don’t hide who you are behind a mask of misrepresentation, you no longer have to live in fear of being discovered as “false” or less than capable at something.

“When you truly know who you are — and who you are in the process of becoming — you will no longer live in fear of what people say or think about you.”

Additionally, knowing what your weaknesses are — and what triggers you to think and behave as you do — provides you with the ability to potentially overcome, or at least reduce their affects.

And while we often believe that we will be liked less for not being perfect, people are actually much more likely to respect and admire those who express themselves authentically rather than those who pretend to be perfect or act as if they are superior to others.

And have the courage to be imperfect.

“With courage you will dare to take risks, have the strength to be compassionate and the wisdom to be humble. Courage is the foundation of integrity.” — Keshavan Nair

If you haven’t watched The Power of Vulnerability TED talk by Brene Brown, it is one of the most viewed TED talks in history. She is a great speaker. Very funny and insightful. It is definitely 20 minutes well spent.

“The way of the heart is the way of courage. It is to live in insecurity; it is to live in love, and trust; it is to move in the unknown. It is leaving the past and allowing the future to be. Courage is to move on dangerous paths. Life is dangerous, and only cowards can avoid the danger – but then, they are already dead. A person who is alive, really alive, vitally alive, will always move into the unknown. There is danger there, but he will take the risk. The heart is always ready to take the risk, the heart is a gambler. The head is a businessman. The head always calculates – it is cunning. The heart is non-calculating.” — Osho, from The Joy of Living Dangerously 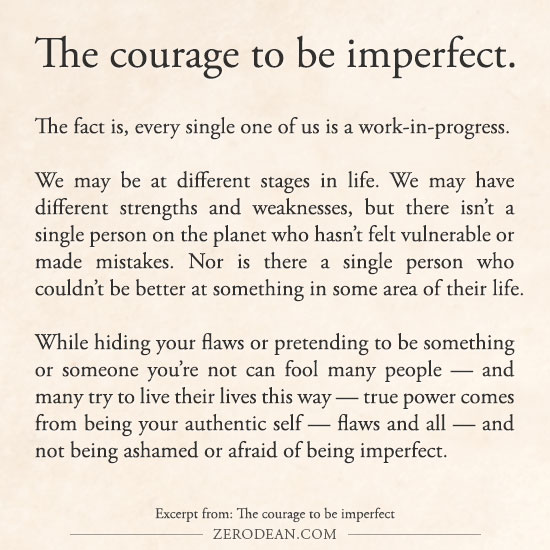 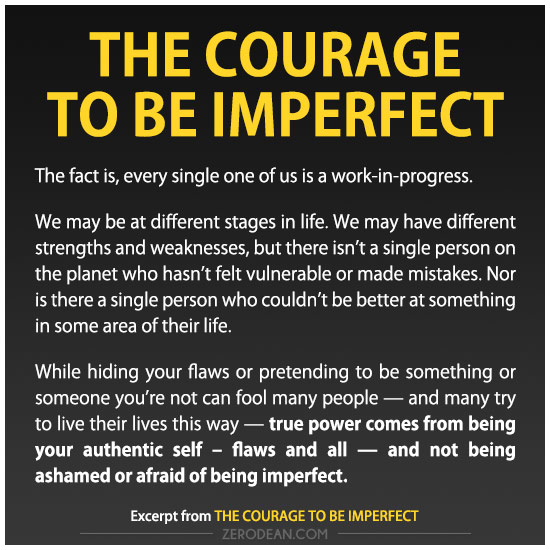 PrevPreviousEvery time you change something unique about yourself…
NextYou got this.Next