Skip to content
Choose an authentic life that fits you, not a poorly fitting imitation of someone else’s.

All one has to do is open a magazine, turn on the TV, or browse the Internet to see that we’re constantly bombarded with marketing that tells us we need to have, or wear, or drink, or be something in order to fit in.

The message is repeated so much and so often that some people actually believe it. And not only do they believe it, they use it as a guide to judge others.

It should be obvious that the kind of car someone drives to get from point A to point B is a ridiculous thing to judge someone for. But many are guilty of doing so.

But that’s not all.

If you don’t, then you are somehow deemed to be lacking in some way. People fear being mocked or ridiculed, so they fall in line. They buy THE right brand — or follow the crowd.

A crowd of people who now constantly compare themselves to others to make sure they “fit in” and judge those who don’t meet their expectations of what they need to have, or be, or do to be accepted.

What’s the point of fitting in if it means by doing so, you become someone who judges those who don’t do, say, have, or like all the same things you do?

Is that a healthy way to look at the world?

Life is hard enough without people advocating an “us vs them” lifestyle.

“I could never see myself being friends with someone who roots for [national sports team].”

Do you actually believe the world would be a better place if we all bought or liked or supported the same things?

If a person is a good person, contributes to society when and where they can, and is a positive force in the world, absolutely none of this superficial stuff matters.

You don’t want to be someone’s friend because they like something you don’t?

You think someone is “weird” because they have a strong enough sense of self that it allows them to express who they are in a way that isn’t the same as everyone else?

“What a bunch of geeks.”

You think something people like is weird because you can’t be bothered to find why some people find it so appealing?

You think anyone who has a different view or opinion is the enemy?

I’d like to believe we live in a world where people are actually far more tolerant, open-minded, and accepting than they sometimes appear to be.

Other people, especially those who don’t see the world in the same way that we do, have a tremendous amount to teach us if we can just keep our minds open long enough to learn it.

“If we learn to open our hearts, anyone, including the people who drive us crazy, can be our teacher.” — Pema Chodron

It’s not about being perfect. It’s about making progress. 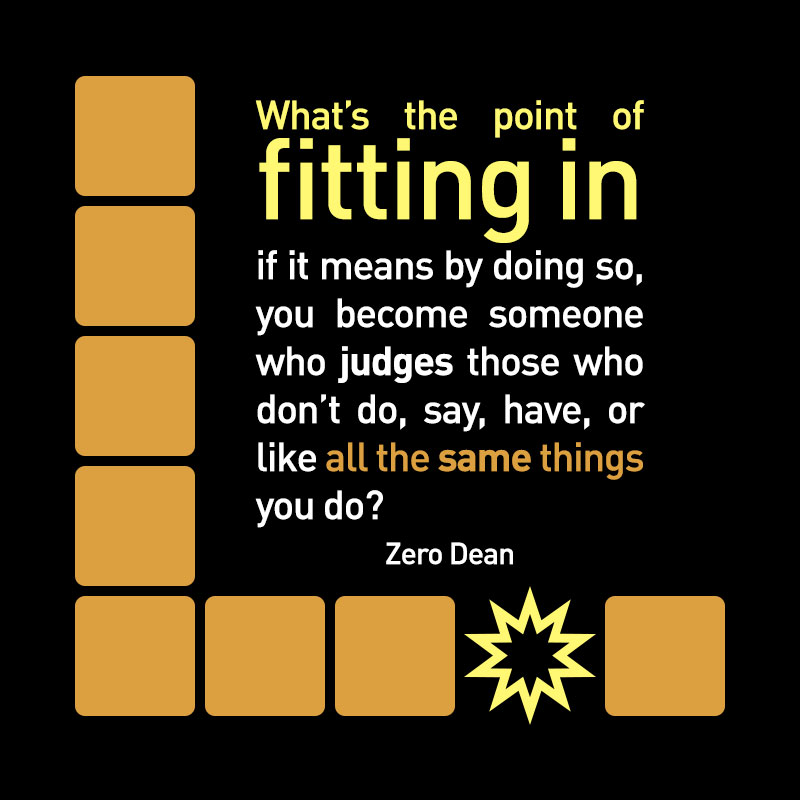 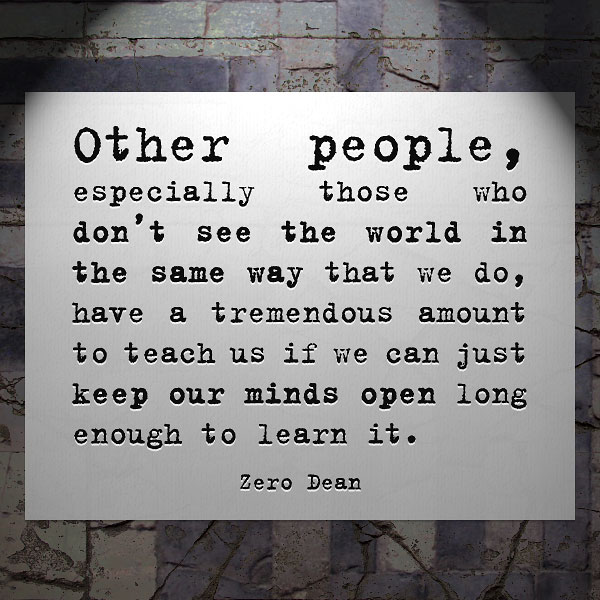