Skip to content
Fear of self-expression is a form of self-imposed slavery.

Sometimes I get really inspired by the amazing & creative things I see shared online. It makes me want to try to share creative things as well. But then I sometimes hear a voice in my head that says, “What’s the point of even trying? You’ll never produce anything as good as that.” or “You’re so less skilled and so far behind everyone else, why even start?”

The reason I share this is to let you know that if you sometimes battle with a voice like that, you’re not alone. And while I hear the voice more often than I’d like to — and it sometimes slows me down — I refuse to let it deter me from ultimately doing what I want to do.

And you shouldn’t either. Even if you feel behind. And even if you feel like you’re bad at what it is you want to do. Everyone has to start somewhere.

There is a sense of satisfaction that comes with being able to look at something and say, “I made this.” But you’ll never hear yourself say it if you listen to the voice that stops you from starting. So stop listening to that voice and start listening to the one that says, “Do it anyway.” And realize, even if your goal is to share what you create, you’re not really doing it for others. You’re doing it for you. 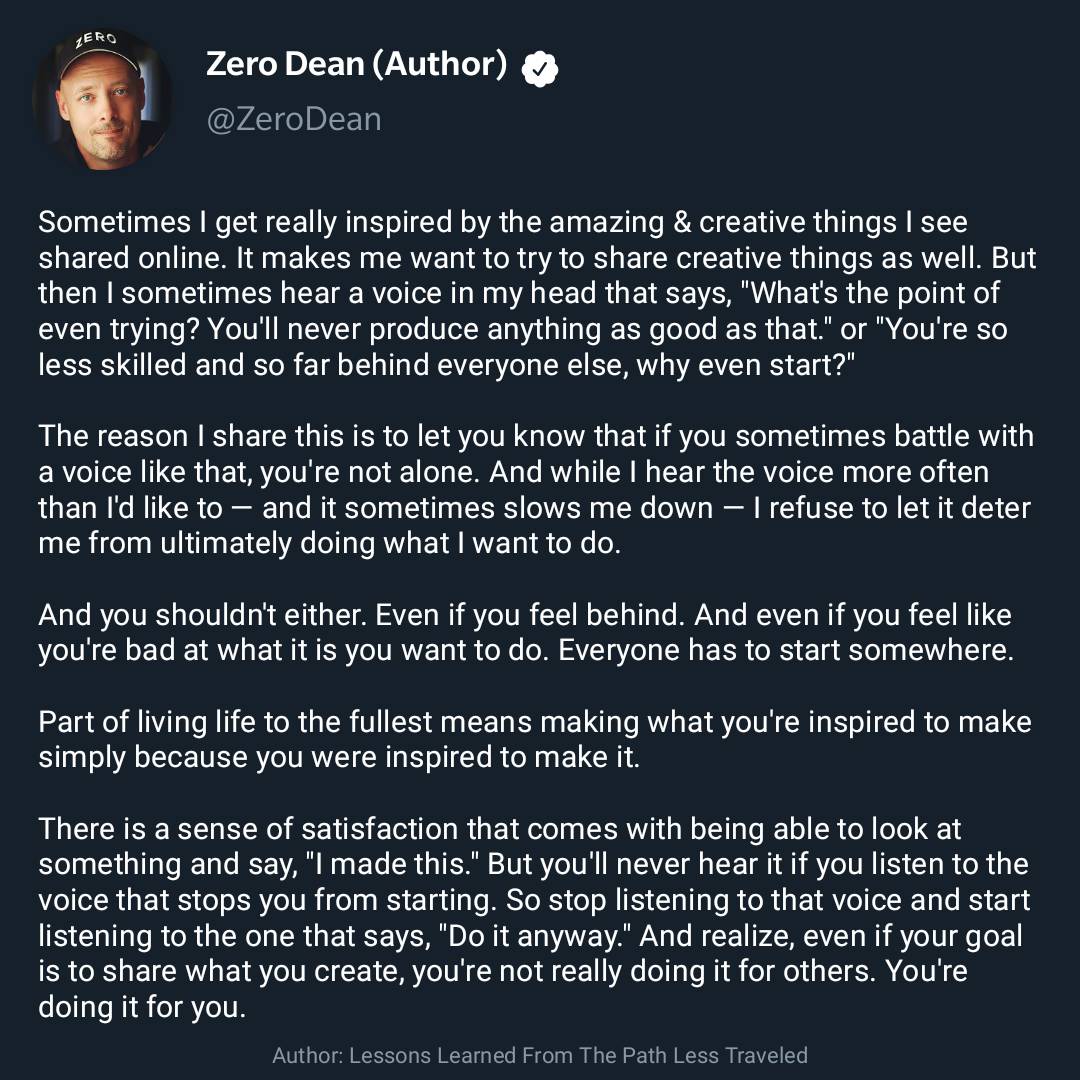